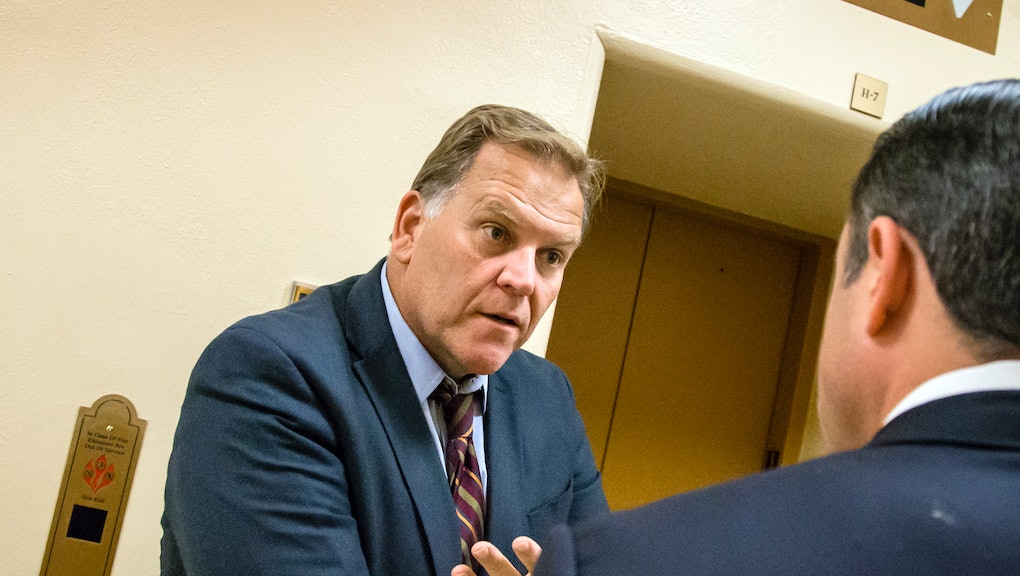 Watch Rep. Mike Rogers Give the Most Pathetic Defense Of NSA Spying Yet

Are you a date rapist, Peeping Tom, or kleptomaniac? Then you might find an ally in Intelligence Committee Chair Rep. Mike Rogers (R-Mich.). After debating with three panelists at a House Intelligence Committee hearing Thursday about whether the NSA has the right to search business records in pursuit of terrorist connections, Rep. Rogers said, "I would argue the fact that we haven't had any complaints come forward with any specificity arguing that their privacy has been violated, clearly indicates, in 10 years, clearly indicates that something must be doing right. Somebody must be doing something exactly right."

Law Professor Steven Vladek, the only person in the hearing who didn't simply agree with Rogers's views, asked "But who would be complaining?" and Rogers responded, "Somebody whose privacy was violated. You can't have your privacy violated if you don't know your privacy is violated."

Rogers speaks of privacy as if it is a principle that can only be violated as an abstract concept — if a tree falls in the forest and no one is around to hear it, then it doesn't make a sound because sound is just a concept, right? Wrong. Privacy is more than just conceptual, and if the government has information on someone, they may not be acting on it now, but the possibility of future abuse is always there. And who would complain about abuse that is happening in the future?

Americans already know that their privacy was "secretly" violated for years, and they are acting on it in very concrete ways, including the insidious intractability of diminished trust. Though Americans may not be able to complain "with specificity" about the invasion of their privacy, they also won't be taken for fools.