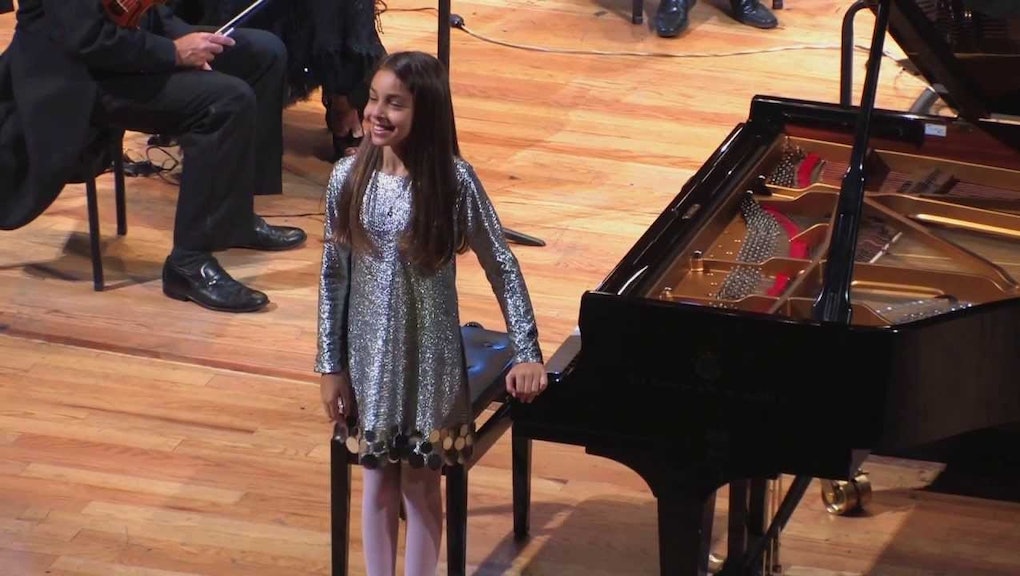 Youth ruled the day at Carnegie Hall this past Sunday, October 27. Two remarkable musicians — 11-year-old Mexican pianist, Daniela Liebman, and violinist, Jourdan Urbach — stunned in performances alongside the Park Avenue Chamber Symphony and Music Director David Bernard. The virtuosity and enthusiasm that Liebman and Urbach displayed added an extra spark of excitement to what was an excellent performance by the Park Avenue Chamber Symphony on a rather sedate afternoon. The spectacle of such young musicians performing difficult pieces in the iconic space of Carnegie Hall's Isaac Stern Auditorium was inspiring.

It was clear that for many in the audience, Liebman and Urbach's youth was the most compelling aspect of the performance. Liebman, at her especially young age, is the very definition of a prodigy. Urbach, now in his early 20s, has racked up a list of accomplishments that would be staggering for someone well over his age. While social commentators continue to debate the wisdom of pushing young people to achieve so much — take the controversy over Amy Chua's book, Battle Hymn of the Tiger Mother, for instance — the audience at Carnegie Hall on Sunday benefited immensely from the energy and spirit of these two performers.

It is a stereotype of driven and successful young people that — in addition to whatever else they may have going for them — they are accomplished musicians. Dating back at least to Castiglione's The Book of the Courtier, musical ability has been a barometer of an individual's cultural sophistication. However, when young people are pushed too hard — whether in the practice room, on the playing field, or during exams — there is always a danger that they will cease engaging in the activities they love for their own sake and continue only because they feel they have to. That is why it was refreshing to read the following from an interview with Jourdan Urbach in the Huffington Post last year: "'Nothing pisses me off like pigeon-holing,' he said over lunch at a Manhattan diner. 'I like to do everything, and I haven't even told you everything I love to do. It's not anybody else's job to take that away from me.'"

In addition to his musical accomplishments, Urbach graduated early from Yale, runs a non-profit, and has conducted groundbreaking research in the field of neuroscience. If Urbach's resume seems unbelievable, note that Johannes Brahms, whose "Concerto for Violin in D Major" Urbach so deftly played on Sunday, had already composed music for Franz Liszt by the time he reached 20. Daniela Liebman, who has performed all over the world, including spots with the Jalisco Philharmonic Orchestra and the Rachmaninov Orchestra of the Kremlin, followed Urbach and captivated the audience with her tremendous skill, small stature, and overall adorable nature. She performed Dmitri Shostakovich's "Piano Concerto No. 2 in F Major," an appropriately bright and energetic piece, and returned several times to the stage for standing ovations.

It was a great pleasure to be in the iconic space of Carnegie Hall and to witness talented young musicians who will undoubtedly play an important role in carrying classical music forward for future generations.