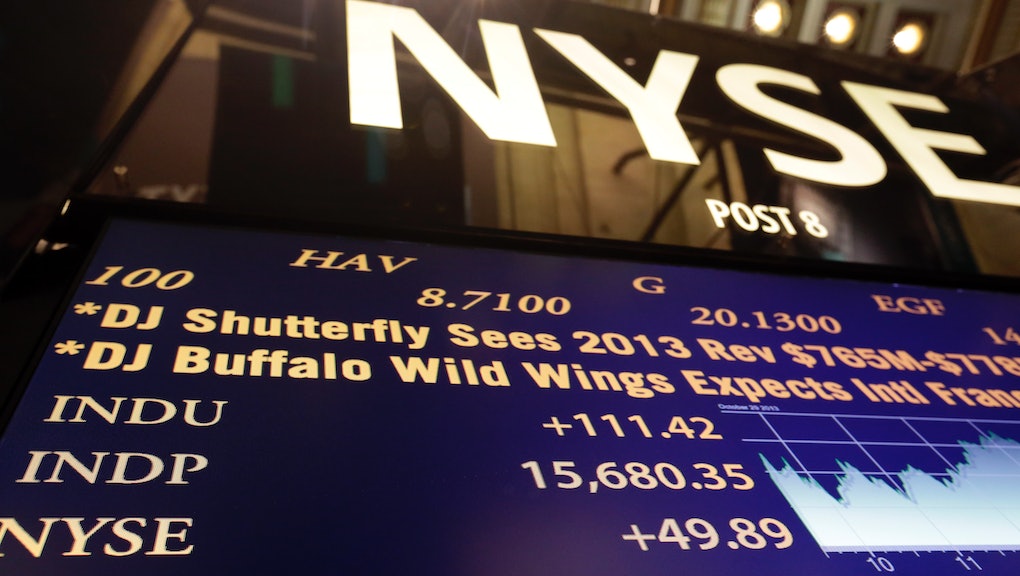 America is a Rigged Poker Game, So It's Time We Change the Rules

The culture of entrepreneurship and risk-taking has always been central to American history and character, but in the last few decades it has taken on a rather bizarre and unnatural form. The ideology of competition has penetrated our political and national discourse so deeply that we glorify the risk-takers and pity or tolerate salaried workers.

America today reminds me of a poker table where one player has sucked in all the other players’ chips and insists on keeping the game going, dismayed that the customers don’t have any money. "Come on, people, what’s the matter with you? Let’s play!" he laments. But he gets no action. He's great at taking other people’s money but there are no customers around. What’s the point of having billions in cash if you have nowhere to invest it? There are fewer and fewer outlets out there to demonstrate those skills. But competitive spirit will always find a way.

Game and action — that, even more than money, is what gamblers are seeking at that point. Perfecting your skills and promoting your gospel is the reason you wake up in the morning. That’s the main reason, perhaps, that many billionaires go into politics. With this mindset you invite, or rather, insist on others participating in your game. You view any human interaction as a business transaction, an opportunity for one-upmanship. To keep playing this game you have to convince all the suckers out there that, if they work hard, they too can learn to play it. It is only when millions of others are striving to become like you, to play at your table, by your rules, that you can have a lasting legacy. If they don’t, you’re just a lonely guy with mountains of chips at an empty table. And after you used all the leverage out there to improve your returns and received all the political favors, it still comes down to having players at your table. When the flow of new customers slows over the normal course of business, you begin to devise plans to extract fees from the existing ones to keep the original pace of growth. That’s how we got the new business models with various "financial innovation" schemes: private equity funds or activist investors extracting value from already existing caches, like pension funds or profitable companies; raiding others for value rather than building it.

With such a mindset one becomes blind to the idea that, perhaps, making a few hires, parting with a few chips, would jump start the game. But what defines the game and the people who play it is this lack of introspection. Today's over-the-top encouragement of risk-taking produces a great number of bad players. Extracting value from companies through mergers and acquisitions, rent seeking, and trading synthetic indices is not entrepreneurship in its distilled form, because there’s no risk involved or product being made. Bad players have entered the game over the last few decades and, in order to win, they began to manipulate the odds for all other players. They situated themselves permanently on the button (the best position in poker) by making deals with dealers and floor managers. But of course, they don’t attribute their success to their privileged position — they attribute it to their skills. They look at 9-to-5 cubicle workers as cost centers, because those schmucks don’t engage in a game. And yet they would like for them to join the table.

We rarely hear stories of a businessman becoming an office worker, because that is viewed as a failure. We expect, nay, demand, that everyone becomes a small entrepreneur. College students are encouraged to scrape around or borrow money and start their own businesses. Good luck with that, kid. Except you won’t be doing M&A, or charging others 2/20, or collecting insurance premiums from dumb customers with money, the businesses with essentially zero risk — the kind of businesses only “serious people in suits”, incidentally the biggest advocates of risk-taking, are engaged in. You’ll be spending that last $50K to open a cupcake shop or a restaurant that has an 80% chance of closing in a few years. Giving such advice to someone right out of college can only be done in bad faith.

Strangely, the loudest advocates of risk-taking are those who face no risk at all. But what’s wrong with simply wanting a quiet life, a stable paycheck, and some financial security? Today's young workers have seen the statistics — the majority of small businesses fail, so perhaps they decided that such gamble would be imprudent given their circumstances. And why should such a decision be derided by the gambling worshipers on top of the hierarchy? These workers simply assessed the situation and decided, correctly, that it would be a bad investment. If anything they should be commended for it, not ridiculed and called names, like “moochers” or “takers.” Since when did simply working for a paycheck become a point of derision?

Poker players in the casino have a choice not to play — they can stand up and leave the table if they don’t like the game. Average citizens do not have that luxury. If the business community still insists on fleecing those unfortunate individuals who scrape by paycheck to paycheck, the least they can do is stop calling them names.