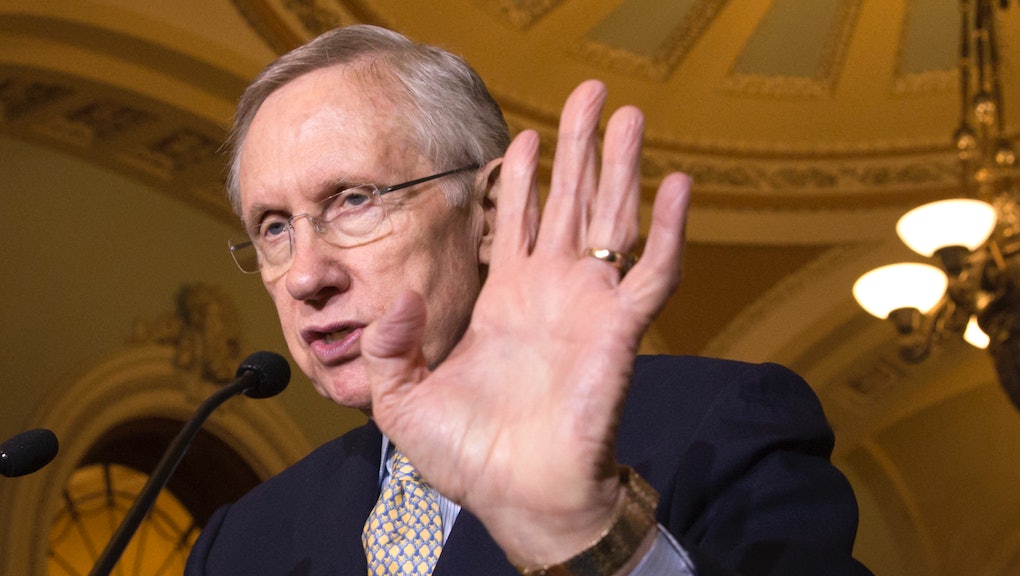 4 Lies About Food Stamp Cuts Politicians Want You to Believe

Food conjures up powerful emotions – the warmth of a Thanksgiving dinner, the bond of sharing a pizza with your friends, the love of a mother cutting off the crust on her son’s PB&J. This is why cries of hunger tug at our heartstrings. It is hard to confront hunger as a policy problem without thinking about the emotional suffering that not having enough food must cause.

Unfortunately, politicians play on our emotions. They know how easy it is to twist our thoughts about food stamps away from good public policy and towards gut reactions in favor of helping those in need. Don't be fooled by these four big lies you will hear about food stamps.

1. If you don't support food stamps, you want the poor to go hungry!

This is the most common argument in support of food stamps. And it is mostly wrong. In 2012, 46 million people got food stamps; that's 14.8% of the U.S. population. But only 5.7% of the population reported a time when they couldn't afford food – and of those, only about one-third regularly went hungry.

Everyone wants to help those 6 million Americans who are truly suffering, but the U.S.' food stamp program is so large and covers so many people that it is reasonable to want to help the hungry and scale back the program. For at least 30 million people, food stamps are not used to prevent hunger; they are welfare payments. Perhaps they combat poverty or make society more equal, but they have little to do with hunger.

2. Cuts to the program are going to be devastating for families!

This argument has resurfaced recently. Despite scary statistics and dire predictions, however, the truth is much less chilling. Starting in November, the average monthly benefit from the food stamp program will decrease from about $134 to $130. That's one fewer six-piece chicken McNuggets per month.

Before you accuse me of being a cold-hearted scrooge for supporting such a reduction (too late, I know), you should realize that that these “reduced” benefits are actually $5 more than the average benefits in 2009, during our most severe economic troubles. And those benefits are nearly double the average received in 2001. My memory may be hazy, but I don't remember any 2001 hunger riots.

This argument is the most ridiculous. The USDA claims it is “committed to ensuring access to healthy and safe food” for those on food stamps. If that were truly the case, they would 86 the food stamp program and use the money to fight the current American health crisis — obesity. Because food stamps are almost definitely making people fat.

A study from Ohio State University’s Center for Human Resource Research found that those on food stamps, particularly women, were significantly heavier than those who were not, even controlling for regional differences and income levels. People simply eat worse stuff when they are on food stamps. And eating crap makes you unhealthy.

4. You're just a mouthpiece for Big Corporations trying to hurt the poor!

Actually, the greatest beneficiaries of the current food stamp program are big corporations — more food stamps means more customers. Coca-Cola spent more than $5 million to lobby Congress last year and, in what I am sure is a coincidence, $4 billion worth of food stamps were used to buy soda. 7-Eleven hired an ex-John Boehner aide specifically to lobby to get more people on food stamps and make sure they can use their food stamps at 7-eleven.

Personally, I think individuals should be allowed to buy whatever they want with their food stamps, whether it is vegetables or Big Macs or lottery tickets. Once the money is given away, the government should not tell people what to do with it. But food stamps are a huge boon to corporations and they are willing to buy political influence to protect them.