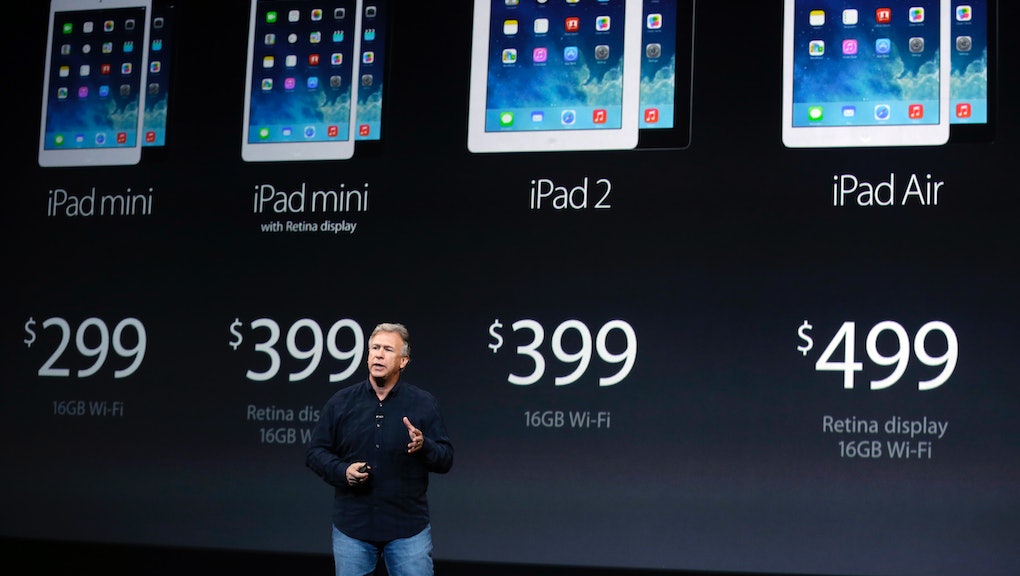 iPad Air Review: Some Cool New Features, But It's Not Worth the Cash

Nov. 1 marks the launch of Apple's iPad Air, the newest version of Apple's trademark tablet. But what's the story behind the Air — is it just another useless product that offers little improvement over its predecessor at a much improved cost, or is it a genuine update that offers clear advantages over the iPad 2?

It seems the reviewers agree; the iPad Air is definitely lighter and faster than the iPad 2, with a better screen to boot. The Air's tech advances are impressive at first glance. It is lighter than its predecessor by a third, has a brand new processor chip, a slimmer profile, and a screen with twice the definition of the iPad 2. The shoulders and backs of businesspeople and students across the world will thank the design team at Apple for taking the weight off. The eyes of HD aficionados will twinkle with delight, but their wallets will cringe in pain.

Unfortunately, companies are not out on a mission to put the most innovative products in their customer's hands immediately. They are on a mission to replace the money in a customer's hand with a product. Using a nefarious practice called "planned obsolescence" they purposefully release products with a pre-determined shelf life. They can make far more money by staggering the release of new technology as a series of updates.

The iPad Air seems to fit this profile; it has updates but no fundamental changes that justify the purchase of a new tablet. Even this generally positive New York Times review notes, "I really can’t tell you to replace your old iPad; the improvements on the new one are incremental, not revolutionary." We all know Apple is guilty of releasing more-or-less meaningless updates for simple capitalist gain (lookin' at you iPhone 4S — Siri required a software update, not a whole new phone). Perhaps Holden Caulfield would've called these staggered updates "phony updates" (sorry, I couldn't resist the pun).

The only thing that benefits from these "phony updates" are Apple's already extensive coffers. Consumers pay more for a product they do not need and which will soon be outdated. High-tech products require conflict minerals that drive war. Just this week, conflict raged again in Eastern Congo, a region that supports the world's high-tech industries but sees nothing but bloodshed in return. Additionally precious non-renewable mineral resources are wasted with each new phone produced. Apple and similar companies have to look at their business model. If customers see through the planned obsolescence veil or begin to take conflict minerals seriously, their model will quickly become unsustainable.