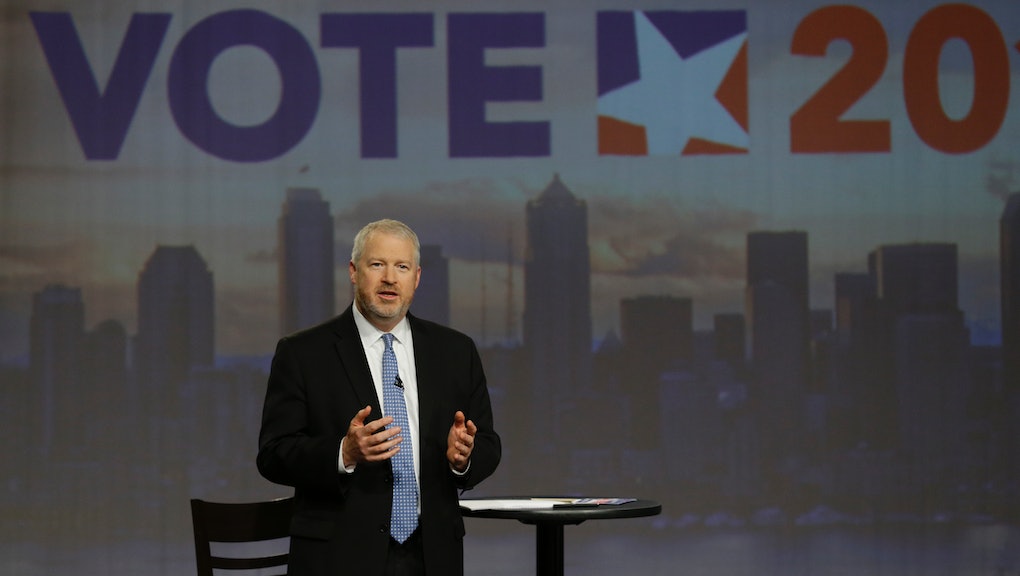 Seattle Mayor Race: How Comcast is Using Elections to Keep Your Internet Slow

A year ago, when Hurricane Sandy hit the northeast U.S., I was sitting in my New Jersey dorm room on my laptop. When the building lost electricity and therefore internet connection, everyone was told to gather in the lounge. Thirty college students sitting in the dark were suddenly left without much to do. When we evacuated to a student center the next day to spend a week on army cots, everyone was relieved we could finally charge our laptops and resume our social media presence. For many of us,  the internet had become a necessity.

Of course, I am not the only one thinking this. Seattle's Mayor Mike McGinn believes a citywide broadband system should be "a public utility, like water or electricity." In Seattle, broadband is provided by companies that calculate cost per data rate unit in megabit per second (Mbps). However, citywide coverage was deemed too costly, so McGinn settled on a public-private partnership in order to provide cheaper high-speed internet, starting with 14 designated zones.

While this is "a big deal" for "the tech people" who are eager to benefit from this "demonstration," the plan was not welcomed by current broadband providers, most notably Comcast, which started funding McGinn's opponent, Ed Murray. Given the revenue-generating nature of corporations, this isn't surprising. After all, the cost of broadband provided through the partnership is too good for any consumers to turn away.

Putting Seattle's internet speed and the mayoral election results aside, internet companies' efforts to uphold high broadband fees are a call for great concern. This would be yet another example of depriving those at the lower rungs of the economic ladder to feed the wealthy.

The internet has potential to provide so much, and since you're reading this, you already know it. For one, the internet can mobilize people, as Arab Spring uprisings attest. It can educate people for free, as millions of massive open online course (MOOC) users show. It can connect people regardless of their geographic location, and the list goes on. But this wouldn't matter if people don't use or cannot access the internet.

The digital divide is an existing global and national problem. According to a Census report issued in May, more than 70% of households had internet in 2011. But 86% of households with an income of $100,000 or more have internet access. Among households earning less than $25,000, less than 50% reported having access.

Paying more money for broadband managed by private companies may be frustrating yet feasible for many. However, that is what prevents some people from tapping into the vast possibilities the internet offers.