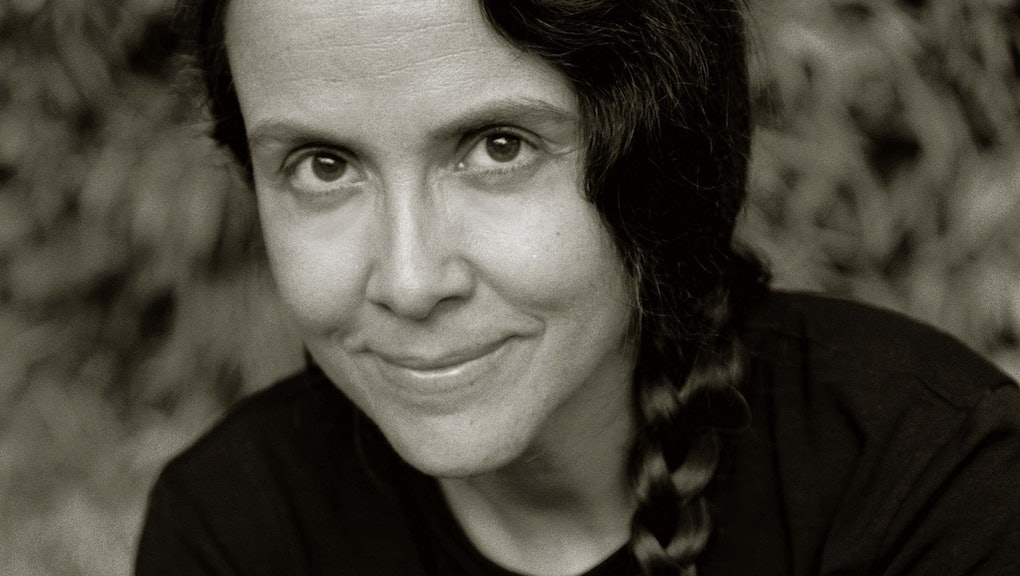 Literature lovers will be surprised to learn that one of America's most prestigious international literary prizes is given every year in the sleepy college town of Norman, Oklahoma, home of the University of Oklahoma Sooners.

In the last 42 years, 30 former Neustadt jurors, nominees, or laureates have won the Nobel in the years following their involvement with the Neustadt festival. Gabriel Garcia Márquez, Octavio Paz, and Tomas Tranströmer are among those who won the Neustadt years before they were awarded the Nobel; J.M. Coetzee, Elie Wiesel, and Mario Vargas Llosa served as Neustadt jurors prior to their Nobel wins. Mo Yan, who won the Nobel Prize in literature last year, was nominated for the Neustadt in 1998 and came to the University of Oklahoma last year at the invitation of World Literature Today, the literary journal that helps to sponsor the prize. The translation of his novel, Sandalwood Death, was published this year through the University of Oklahoma Press.

During the odd-numbered years when the Neustadt International Prize is not awarded, the NSK Neustadt Prize for Children's Literature is given to an international writer of children's literature. A week-long festival celebrating international literature and culture brings acclaimed writers and artists from all over the world to the University of Oklahoma campus. This year, the festival celebrates the work of poet and young adult novelist Naomi Shihab Nye, the Palestinian-American writer honored by the 2013 NSK Neustadt Prize. Meanwhile, nine jurors from around the world convened to deliberate over the winner of the 2014 Neustadt Prize for International Literature. Nominees for the 2014 International prize include Cesar Aira, Mia Couto, and Haruki Murakami.

Shihab Nye and her nominating juror Ibtisam Barakat met in conversation with Betsey Coleman on Thursday morning to discuss poetry, Palestine, and making art in exile. "Poets are on the fringe of other life," Shihab Nye said. Barakat, who grew up in Palestine, noted that "war exiles children out of themselves.". Both discussed the power of poetry to embrace. The day's events culminated with an evening of readings by the jurors and Middle Eastern music from Iraqi musicians Karam Salem and Sarab Shada.

On Friday morning, 300 middle school students who had read Shihab Nye's Habibi congregated in the Oklahoma Memorial Union to celebrate Shihab Nye's work and Middle Eastern Culture. Salem and Shada performed again, with an original musical composition by Salem dedicated to World Literature Today and the power of words, followed by a miniature lesson in Arabic language and culture from Barakat. The morning activities were topped off by Shihab Nye's keynote speech, in which the writer spoke about literature and art as a bridge between cultures. She discussed the Palestinian-Israeli conflict in the context of Habibi, a novel about a Palestinian-American girl who moves to Jerusalem as a teenager and develops a close friendship with a Jewish boy named Omer. For her, literature is a way to see into the hearts of people and places far away. "I hoped [Habibi] would make Arab people living in the Middle East appear more like human beings to people living in America," she said. She encouraged the young people in the audience to embrace people and cultures who are not exactly like them, and to remember the humanity of those who appear in the margins of headlines. To aspiring authors, she said, "Read, read, and read some more."

The NSK Neustadt is the only award of its kind for children's literature, honoring a body of work rather than a particular book. It is also unique in that anything from a children's picture book to a young adult novel is eligible. Kathy Neustadt, one of the three Neustadt sisters who conceived the award in 2003, said that she loved the idea of "awards for great authors" instead of for great books, and that "the children's prize was such a natural fit because there are so few prizes in children's literature for a body of work."

The festival ends tonight with a banquet and award ceremony, during which the 2014 Neustadt Prize for International Literature will be announced.