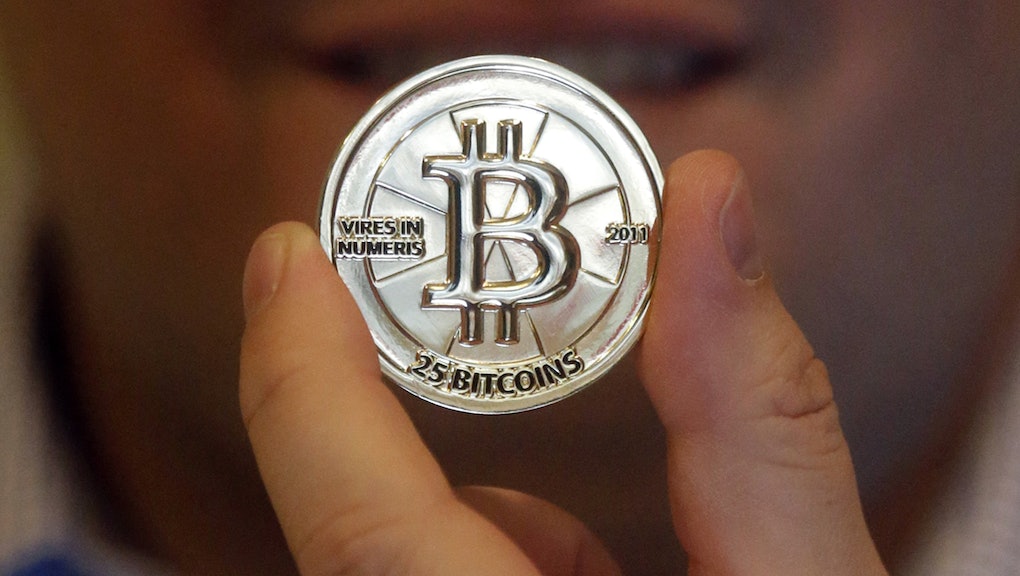 The Critics Say Bitcoin is Doomed — Here's What They're Missing

The encrypted online currency known as bitcoin made another step into the mainstream recently when the Vancouver-based company Bitcoiniacs installed the world’s first bitcoin ATM. The ATM takes cash and converts it into its current value in bitcoin, depositing the coin into the user’s virtual wallet. Reporters and residents gathered around to view it, as one reporter writes, “like the monolith in 2001: A Space Odyssey.”

Is bitcoin the currency of the future, or is it, as Matthew O’Brien of the Atlantic calls it, “the ultimate dotcom stock,”  a bubble that will inevitably burst? Sure, its rollercoaster rides in value don’t make the currency seem stable, and its legal standing is still not completely clear, but these criticisms miss the main point. Advancements like the bitcoin ATM are not not focused on setting up a 100% reliable currency, but instead are set to revolutionize the way we use and transfer money.

The Vancouver ATM machine is part of a greater campaign by Bitcoiniacs to install five machines around Canada and extend the use of bitcoin beyond geeky circles and into mainstreeam use. Several bitcoin exchanges already exist around the world, the largest of which is Mt. Gox. However, the most popular way to buy bitcoin currently is through friends or known traders, many of whom advertise on sites such as LocalBitcoins.com. This puts an additional burden on the consumer of finding the trader, and when cash is required, actually meeting with him or her and being confident you aren't going to be cheated. An ATM machine not only increases the currency's reliability, but allows the general public to use something that used to be limited to nerds and computer geeks.

Some people might wonder what advantages bitcoins have over dollars. There are plenty. When you decide to make a purchase online, you typicaly have to use a third-party payment service such as Paypal. These services can be relied on to transfer money between accounts, but as you might have noticed, they charge numerous fees for both consumers and retailers. Bitcoin makes these middlemen obsolete, to a certain extent. Trading bitcoins doesn't require a third party since the history of all transactions is owned by each user, making the system decentralized. In effect, parties can transfer bitcoin remotely with no fees, a huge plus for small businesses. While there are fees for converting bitcoins into dollars, sites like Bitpay.com on average charge just 1% of transactions.

However, critics of bitcoin argue the currency’s instability counters the benefit of lower fees. “Bitcoin isn’t a currency. It’s a commodity,” writes Matthew O’Brien of the Atlantic, arguing that without the control of a central bank, “it’s a speculative bubble.” While it’s likely that the dramatic price swings that bitcoin has experienced will decrease over time, it’s true that bitcoin’s strength isn’t as a currency. Businesses that use bitcoin still charge the same dollar prices and tend to convert it into dollars when they are paid in bitcoin.

Rather, bitcoin is a revolutionary type of payment system. It combines the benefits of cash and long-distance payments while preserving a shroud of privacy by directly connecting the customer and the merchant. Few critics see this opportunity.

Nevertheless, questions remain about bitcoin's future. The U.S. government has tread carefully in the matter, acknowledging that there are legitimate purposes for bitcoin and treating it generally like any asset such as a stock or bond. The FBI’s seizure of Silk Road, the largest drug market using bitcoin (although it sold many other legal goods), as Fred Ehrsam of Coinbase stated, “Took the single most illegitimate player in the space and wiped them off the map,” increasing bitcoin’s legitimacy in the mainstream.

Still, the government might impose regulations or strongly monitor transactions. While bitcoin does provide some privacy, without using encrypted browsers such as Tor, the government has proven that it can very often link wallet addresses to real people based on transactions that anyone can see. Yet bitcoin is still currently the most secure private payment method, aside from cash. While these uncertainties remain, don't be surprised if the number of people using bitcoin soon increases to the point where there will be little the government can do.

Those looking for a cheaper method to transfer money should start downloading their wallets now.