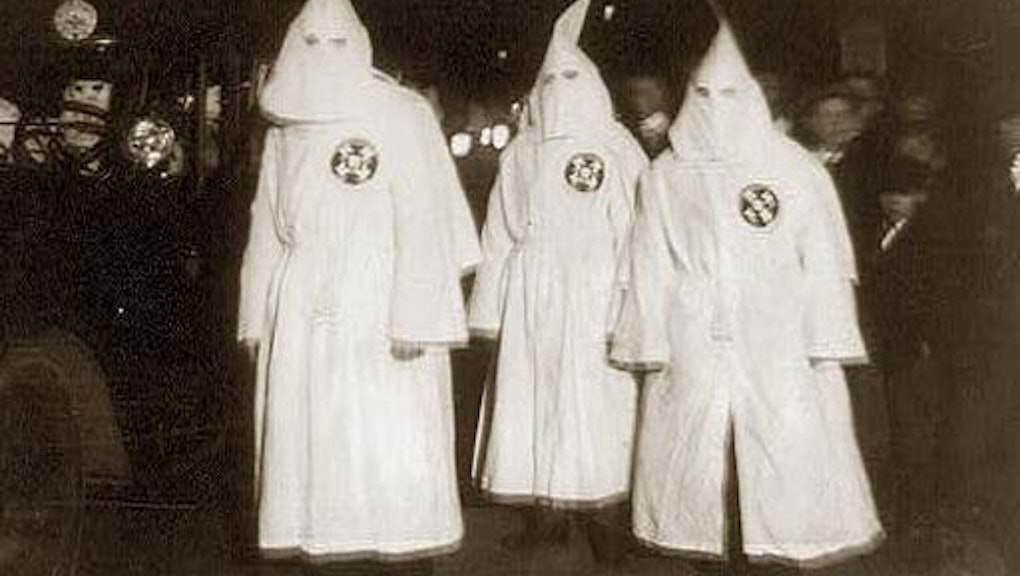 There has been much controversy over a Jacksonville, Florida high school named after Nathan Bedford Forrest, a prominent Confederate general during the Civil War who was also the first grand dragon of the Ku Klux Klan. A Change.org petition calling for the school’s name to be changed collected more than 160,000 signatures, but ironically, the KKK itself may do the most to support the school's renaming.

In September, a group called "Traditionalist American Knights of the Ku Klux Klan" sent Duval County School Board members a letter arguing against the name change and praising Forrest as a "valiant man of honor." The letter further describes the KKK as "a group of vigilance to protect defenseless southerners from criminal activities perpetrated against them by Yankee carpet baggers, scalawags, and many bestial blacks and other criminal elements out for revenge or just taking part in criminal mischief."

One school board member, Jason Fischer, said he "wanted to burn the letter and wash [his] hands immediately." That’s no surprise. The KKK is a widely reviled organization whose name alone brings to mind race-based hate and violence. Furthermore, though their numbers have diminished, their letter reminds us that the organization still exists. Yetwe should be glad that the KKK, under the protection of the First Amendment, has the lawful means to participate in this debate. If and when the school board votes to change the school’s name, the KKK’s right to free expression will no doubt have played an important role.

At the foundation of modern First Amendment law is the fundamental belief in the strength and utility of the "marketplace of ideas." In his legendary dissent in Abrams v. United States (1919), Supreme Court Justice Oliver Wendell Holmes wrote that 'the best test of truth is the power of the thought to get itself accepted in the competition of the market."

As modern scholars have noted, this marketplace has winners and losers. What’s more, the marketplace is brutal to the losers, unsentimentally exiling their ideas to the fringes once they have withered under public scrutiny. And while the KKK is not gone and certainly not forgotten, it is hard to think of a bigger loser in the marketplace of ideas. A violent and politically influential force in the days when racism was a matter of law, the KKK has decreased enough in size and influence that we can have a collective laugh at its expense on Chappelle’s show. This is in no small part due to the fact that rather than repress their opinions, the First Amendment has given the KKK an outlet for legal expression in the marketplace — allowing for the rejection of its views.

In my work defending free speech at the Foundation for Individual Rights in Education (FIRE), the KKK comes up most often as a litmus test forcommitment to free speech. "Surely you don’t think the First Amendment extends to the KKK?" I’m proud to live in a country whose legal system recognizes that it does and has consistently refused to recognize "hate speech" exceptions to the First Amendment. Our national commitment to free speech for all wouldn’t be nearly as strong as it is today had it not been tested by organizations like the KKK, neo-Nazis, and, more recently, the Westboro Baptist Church.

Many (too many) think it’s a travesty that organizations like the KKK are entitled to the same free speech protections as you or I. But as this case shows, their presence can be quite useful. Having so thoroughly lost out in the marketplace of ideas, the KKK might make the strongest case for changing this high school’s name merely by expressing their opposition to doing so.

That’s the marketplace at work.