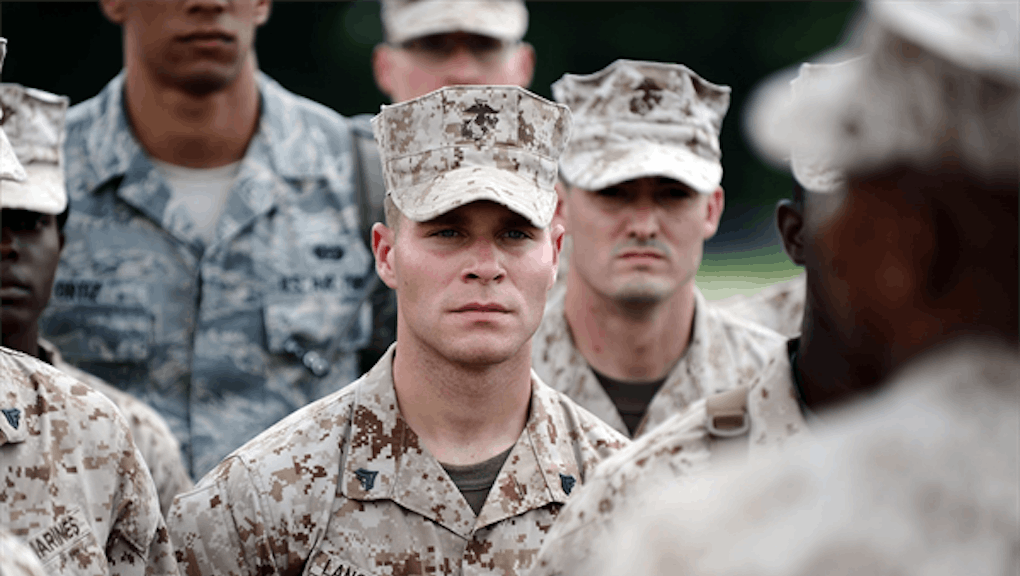 On Saturday a straight Marine serviceman was beaten for defending the dignity of one of his friends who was dressed in drag. The incident took place outside of a restaurant in Omaha, Nebraska. Although the attack was violent and morally reprehensible, it gives me hope that there are people not only willing to defend our country from all threats foreign, but from individual domestic social threats as well.

Ryan Langenegger, the injured man, was assaulted for sticking up for his two friends, Joshua Foo and Jacob Gellinger. Langenegger, Foo, and Gellinger had just left a popular local drag show. The trio were at dinner at a neighborhood PepperJax Grill, when three men in the restaurant began staring at Gellinger, who was still dressed in drag from the show. When the friends left the restaurant the group inside followed them into the parking lot. According to Langenegger, one of them kept saying, "Should I? Should I?", apparently seeking approval from the group to take it upon himself to somehow right the moral wrong he felt that Gellinger, dressed in drag, was committing upon him.

The man told Gellinger he was "[expletive] disgusting", upon which Langenegger stepped in and told the men the group didn't want any trouble. One of the men began to beat Langenegger, opening up cuts on his face and a sizable gash on his forehead.

The gay community is honoring Langenegger for standing up for his friend's right to dress in drag by throwing a rally called "Drag Out Hate" this Saturday. The incident is being investigated as a potential hate crime.

Gellinger deserves to live in America as everyone else does — free from the fear of being physically harmed for his sexual orientation. There should be no need for anyone, a Marine no less, to have to physically stand up in defense of a man dressing like a woman, gay or not. This attack shows that America still has a long way to go when it comes to public understanding, acceptance, and support of gay rights.