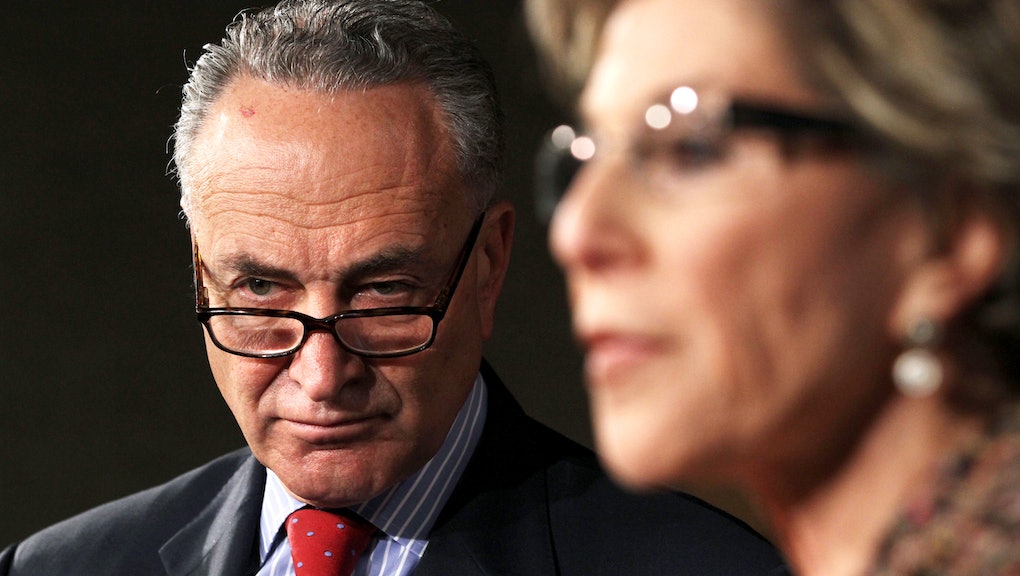 The Democrats want to give President Obama (and future presidents) even more power by passing the "Pay Our Bills Act." Just what I was hoping for!

Sens. Chuck Schumer (D-N.Y.), Barbara Boxer, (D-Calif.), and Mazie Hirono (D-Hawaii) are to thank for this dictatorial piece of legislation. The law would allow the president to increase the legal limit of the federal government's debt unless Congress specifically votes against the increase. In other words, the president would then set the limit and Congress would approve or deny it, CNS News reports.

If you recall, Article 1 Section 8, Clause 2 of the Constitution currently reserves this power for Congress – and not one person sitting in the White House. It reads, "Congress shall have power ... to borrow money on the credit of the United States."

Those arguing in favor of the bill claim that it's a bipartisan way to prevent the debt ceiling from being used as a political tool. They also claim that it is basically Senator McConnell's (R-Ky.) 2011 plan. Of course, McConnell explains the current bill is nothing like his legislation: "I appreciate the attempt at a PR gimmick here, but there are two huge differences between the 'Schumer-Obama Plan' and what I've proposed in the past."

The intent is probably noble (despite my inner emotions telling me that some people have endless faith in President Obama); the bill aims to prevent damage to the economy by removing congressional power over the debt limit. But threat of harm to the economy alone, due to appropriate political discussion, is not sufficient reason to jeopardize the system of government that our Constitution mandates.

I hope that as American citizens, we want to do what is right for our unique system of governance and not do simply whatever harms the economy the least.

Senate Minority Leader McConnell continued, the president "wants to extend the debt ceiling permanently by going around Congress. Let me repeat that: the so-called 'Schumer-Obama Plan' is a plan to permanently hand the President a credit card without spending limits, and without lifting a finger to address the national debt. It's outrageous."

The Constitution clearly leaves this power to Congress. Why do we need to change it and give more power to an already increasingly powerful office?