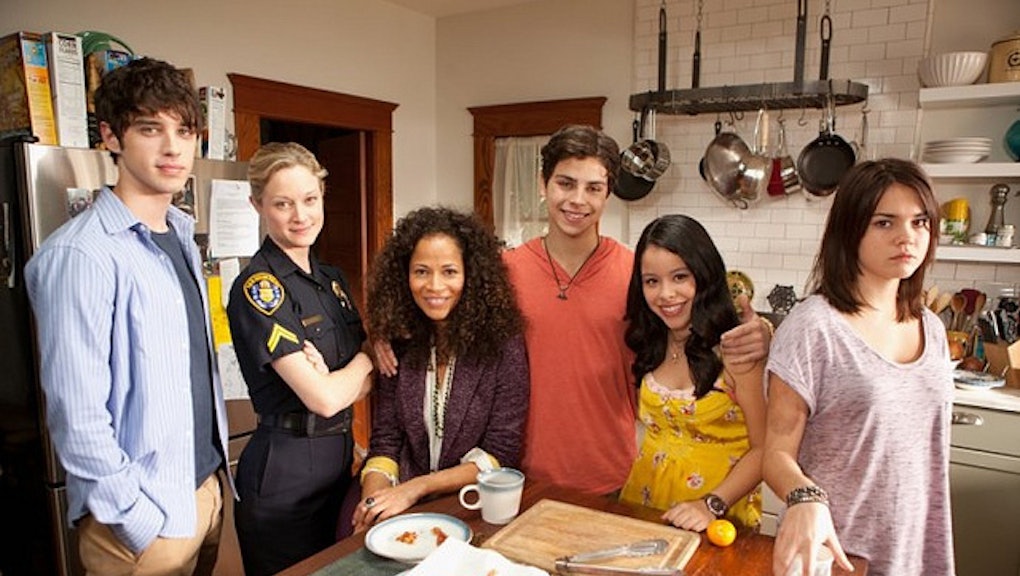 And these characters have done a lot to influence young people to be open-minded about what a family looks like. A survey from earlier this year found that 78% of millennials feel that same-sex parents are just as good as heterosexual parents. This number shouldn't be surprising. A majority of young people now support same-sex marriage, and because they've been exposed to LGBTQ characters on television, it's only natural that they support same-sex couples having the right to have a family.

But at the same time, Ross Murray, director of news for GLAAD, says that many young people are being sent mixed messages because of the struggles they see playing out in state capital buildings and courtrooms across the country where same-sex couples are still fighting for marriage equality.

"Many millennials probably don't understand why laws exclude these people. They don't think about same-sex parents as being different because of how they've seen them portrayed on TV, people form partnerships and then want to have children; it's what people do. So many young people are confused by this," said Murray.

Increasing media depictions of gay and lesbian couples as parents coincided with the rise in prominence of the LGBTQ rights debate in general, and those characters also started appearing on TV around the same time that multi-racial families started showing up on the small screen, according to Matt Kane, associate director of entertainment media for GLAAD.

"It was an easy leap over in terms of turning gay and lesbian couples into parents; viewers were already comfortable with them and it was a logical plot progression," said Kane.

GLAAD release a report last month which showed that the percentage of LGBTQ characters on TV has dropped to 3.3% from a record high of 4.4% last season, but is still up from 2.9% from the 2011-2012 season. One of newest shows with same-sex parents as protagonists, The Fosters, debuted in June on ABC Family and has already been picked up for a second season.

"The Fosters is a huge hit and this show and others are starting to take away the novelty of same-sex parenting to many Americans," said Kane.

"I think we're very close to 'normalizing' the portrayal of same-sex parents on TV when viewers won't think twice about seeing a same-sex couple with children on a show," said Kane.

Apparently millennials are looking forward to that too.