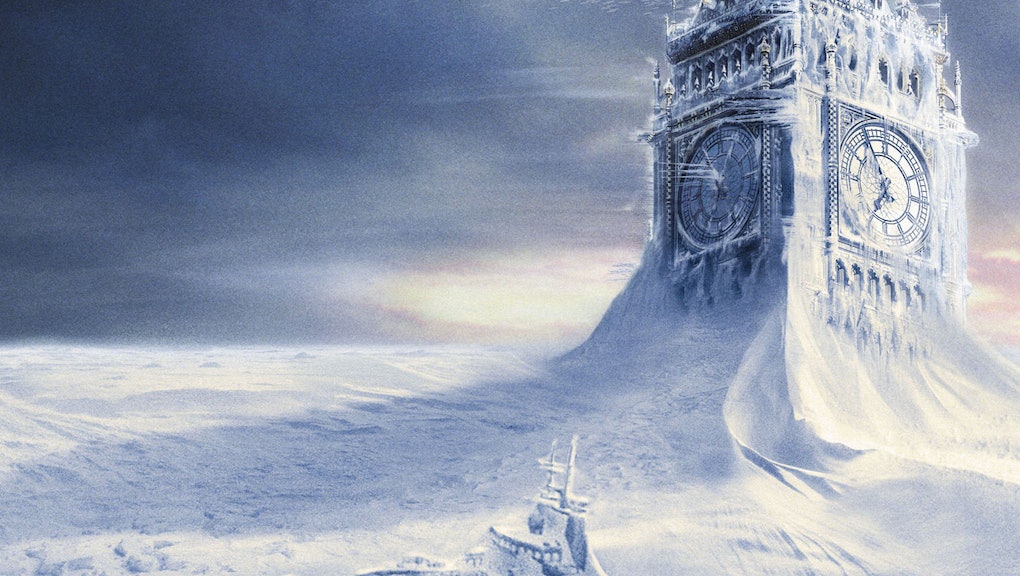 The Most Likely Ways the Earth Will End (According to Movies)

People have been trying to predict the world's end for as long as there's been a world to end. Take George Miller, for instance. His religious sect, The Millerites, were a Baptist movement of Christianity who thought that the Second Advent of Christ would occur on October 22, 1844. It was trepidatiously predicted on the basis of dubious numerology skills applied to a line from the Book of Daniel, and it ultimately didn't happen.

The thing is, Miller is just one of the many groups and individuals who have predicted their own ultimately unrealized apocalypses — just take a look at this rough compilation of dates. None so far have come to fruition, thankfully. It leaves a certain question to the inquisitive individual, though: what is the end of the world going to be like and what would that look like if it came to be?

Films have been envisioning the end of the world for the past century. But do we have any accurate representations of what the apocalypse could actually look like? Three films may actually have legitimate depictions of the end.

For one, Contagion capitalizes on the many recent viral epidemics, notably the SARS epidemic in 2003 and the strain of H1N1 that became a pandemic back in 2009. The disease's ability to spread silently adds to the fear that it can strike in people's minds. H1N1, for instance, spread across multiple countries and was considered "unstoppable," according to the World Health Organization's Director General Margaret Chan, who increased the general alert to Phase 6 during H1N1's initial surge.

Filmmaker Steven Soderbergh emphasized the remarkable things about the spread of diseases like H1N1; namely, it's ability to influence in unseen ways, and the fact that anybody was susceptible to catching it. The movie resembled real world politics and human emotion at play as it examined the ways the government, media, and families respond to such events. In an age where people can travel to the opposite ends of the earth in a manner of hours, suddenly the spread of fast-moving viruses and disease became that much more dangerous.

For environmentally minded people, The Day After Tomorrow is the best representation of a catastrophic environmental end. It concerns arguably the most dramatic representation of global warming ever committed to the silver screen. Basing it's destructive scenario off of current climate fears, the movie gives us tornadoes, massive tsunamis and earthquakes — to name just a few of the natural terrors in the film. Roland Emmerich is not one to keep us from witnessing anything short of the end of everything (his films are commonly about destruction), and this movie doesn't hold back.

The film even elicited warranted criticisms from some scientists. Emmerich based the film off the climate book, The Coming Global Superstorm. He read it and thought, "that's my movie. I don't need a monster or villain. Just the weather." Claims of scientific accuracy aside, the film, like Soderbergh's Contagion, hits a raw nerve on a contentious topic. Could the actions of people across the globe be contributing to an imminent natural disaster of the sort seen in The Day After Tomorrow? As far as apocalyptic movies go, this one may be closer to the truth than we like to think.

Finally, Stanley Kubrick's Dr. Strangelove has a radioactive epilogue about the repercussions of human stupidity that seems more relevant than it should in today's world. Vera Drake's song "We'll Meet Again" rings out over images of atomic blasts and mushroom clouds billowing out across as the planet chills. The demise of the planet's population could very well be the result of WMDs used by political higher-ups and military leaders.

In Kubrick's film, the end of the world is carelessly enacted in a small room of short-sighted men who unintentionally activate a doomsday device because they can't stop the machinations of an insane Air Force General in time. The fact that the recent news of chemical weapons in Syria and malfunctioning nuclear plants in China all share a certain similarity with these scenes makes it eerily relevant to this day. Annihilation of this sort still holds its power over viewers.

The end of days is a captivating idea. Who knows if, what, when, and how it might happen. Films tend to stretch the imagination as a visual means of exploring this concept, usually using dramatic methods (some would say overly). Global Warming, disease, or nuclear annihilation all abound. Yet, overly dramatic or unfortunately accurate, these movies reflect an idea that won't go away until the end of days.