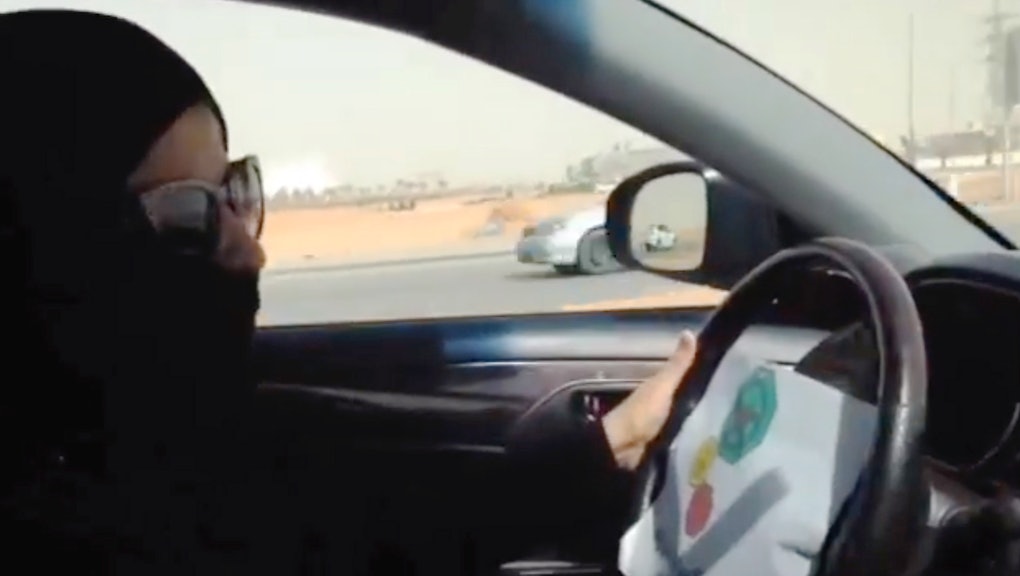 When Placed in the Wrong Hands, Social Media is Being Used to Oppress Women Around the World

Videos spread across the internet this week of women in Saudi Arabia hitting the road in protest of the country’s ban on female drivers, offering the world yet another example of how technology can be cleverly employed to advocate a cause. But while many have heralded technology’s capacity to function as a liberating tool to enhance the visibility and logistical capacities of social justice movements, numerous examples from around the world have made it clear that it can also be used to oppress vulnerable populations. This paradox has never been as clear as in Saudi Arabia, where government officials and gender activists are fighting a battle to determine which camp will use technology more effectively for the promotion of its aims.

Women around the world use modern technology to organize and develop feminist discourses, and over the past decade cyberfeminism has become a movement in its own right that has inspired numerous conferences, articles, and studies. However, there are also reported cases of women being arrested for comments they made — or even statuses that they liked — on Facebook. Social media and digital technologies can be used by government officials to identify activists and silence dissenting voices just as often as it can be used by activists to spread awareness about important events and information. Repressive regimes around the world have begun to understand this, and are taking steps to crack down on cyberactivism and use technology to promote their own agendas.

In September 2013, the Vietnamese government passed a law restricting the use of blogs and social media for anything other than sharing personal information. In countries like Vietnam, Azerbaijan, and Turkey, numerous bloggers have been convicted of spreading anti-government propaganda. Similarly, the Turkish government has gone so far as to hire a team of tweeters to spread pro-government propaganda and monitor the online activities of activists. And in North Korea, where internet use is low, the government has hired its own team of hackers to remove anti-socialist information from the web. Because women stand to gain the most from the spread of dissenting views, they are disproportionately affected by these draconian measures.

In 2012, the Saudi government launched a new system that allows officials to send text messages to men when female members of their family attempt to travel abroad alone. In Saudi Arabia, women are treated as legal minors regardless of their age, and thus need the permission of a male guardian to travel abroad, attend school, or find a job. Consequently, women make up only 17% of the workforce, and most are expected to dedicate their lives to raising children and maintaining the home. The text message system, which the Saudi government claims 95% of travelers have signed up for, has rightfully frightened human rights activists and women’s rights advocates for its use of modern technology to enforce discriminatory laws that limit women’s freedoms.

Many Saudi women are afraid that this is just the first of many plans to use technology to rob them of their agency. In response, they have taken to the internet to protest the text message system and to make their plight public. In countries like Saudi Arabia where women’s voices are almost inaudible in the public sphere, modern technology plays a vital role in creating a space where women can communicate with one another about the issues they are facing, organize campaigns, and spread awareness. While technology is being used to track and monitor their whereabouts, it is simultaneously making their organized resistance possible by acting as a platform for communication and advocacy. Technology is only as good as the people using it, as the users give both both meaning and purpose to the tools.