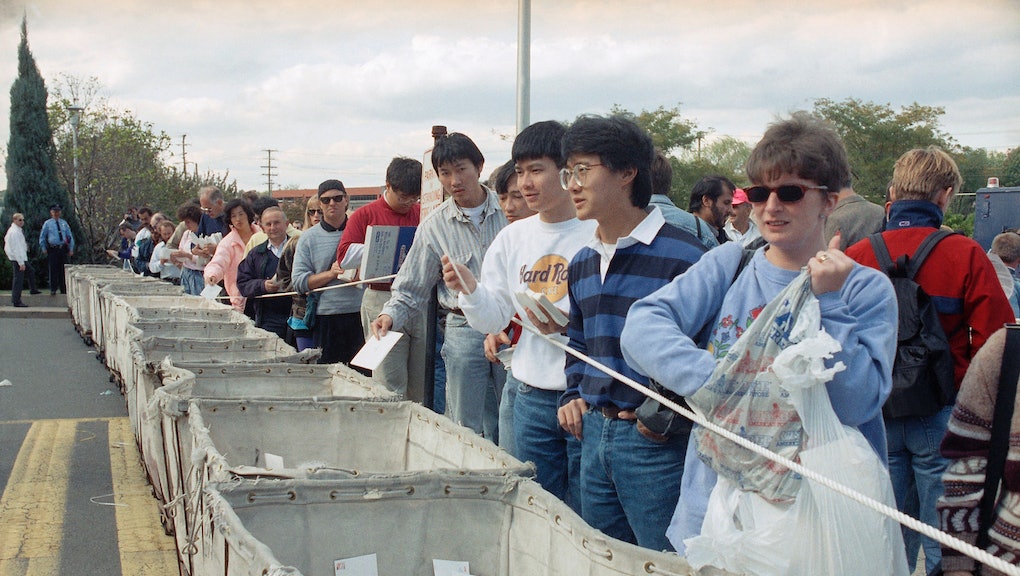 Immigration Reform 2013: Advocates Should Ditch This One Reform

Every year, the United States assigns 55,000 “diversity visas” through a global lottery system. Applications for the 2013 visa lottery closed earlier this week amid controversies over the legitimacy of the program itself — the current immigration bill would outlaw it — and accusations of widespread fraud. The 1995 program targets countries with low rates of immigration to the United States, defined as nations who have sent fewer than 50,000 immigrants to the United States in the preceding five years.

While recent research has emphasized the importance of accepting a diverse group of immigrants into the United States, due to the positive economic and social externalities this can create, the debate over this particular provision does far more damage to immigration reform than the provision's benefits can hope to make up for. At this point, diversity visas have become little more than a riling point for both Democrats and Republicans. This provision should not be a point of contention in the already tense immigration debate: it is simply not worth the trouble.

The lottery is a quaint notion: it is literally a randomized way of giving people the chance to “win” a visa. It has significantly lower eligibility standards than a regular visa application. Applicants must have a high school degree or at least two years of work experience, come from one of the approved countries for that fiscal year, and pass a number of background checks. Furthermore, they are not required to find an employer to sponsor their application. While noble and idealistic in spirit, the policy has little effect on immigration to the United States.

The program admits too few people to actually impact immigration trends: In 2010, the United States accepted over 1 million legal permanent residents and admitted approximately 4.4 million people on a longer term but temporary basis. The diversity lottery accounts for a little over 1% these immigrants. Furthermore, the application process in these eligible countries is vulnerable to fraud, as many of the countries approved for the program have weak or disorganized central governments.

Most recently, in 2012, the Office of the Inspector General released a report detailing pervasive fraud by Ukrainian entrants in the visa lottery. Fraud is so pervasive that the United States government website has several different tabs detailing common visa lottery related scams. Typically, organized crime rings, posing as travel agencies, submit hundreds of applications on behalf of citizens, whose identities they have stolen or bought, and re-sell the visas at high prices. Once the lucky “winners” arrive in the United States, the local members of the fraud ring take their social security numbers and documents and coerce them into working to pay off their “debt.”

The visa process is already complicated enough, as anyone who has applied to enter the United States knows — do we really need to keep a law on the books that compounds inefficiencies in the system while also creating new opportunities for illegality?

In its current form, the diversity visa program does not achieve what it sets out to accomplish. While it may be appealing to preserve such a provision, its tangible impacts are negligible and the potential for fraudulent use is high. As we approach immigration reform yet again this year, we should place greater emphasis on reforming asylum policies and quotas for high-skilled and low-skilled labor, instead of focusing on ineffective and ideologically charged provisions like the diversity visa lottery.