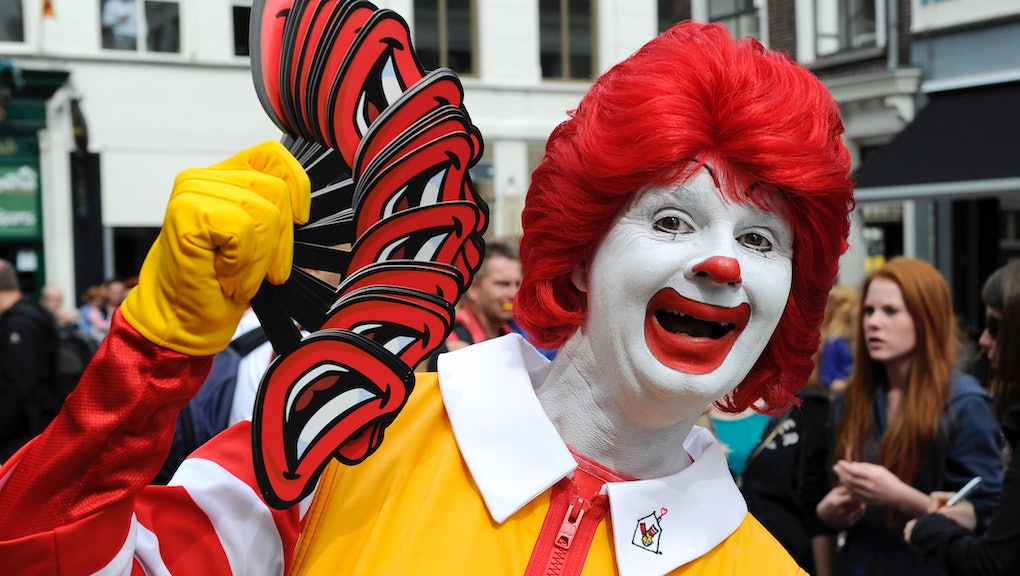 McDonald's might be adding a new item to their value meal: amnesty.

The company was among the 104 co-signers of a letter addressed to Rep. John Boehner (R-Ohio) and Rep. Nancy Pelosi (D-Calif.) advocating for the legalization of 11 million undocumented residents through new visa programs. You may be wondering why places like McDonald's and the Cheesecake Factory are lobbying for immigration reform in this manner. While they have stated that they wanted to "bolster the availability of a workforce at all skill levels," that is likely not the only reason.

The Center for Immigration Studies points out that this letter cited a recent Congressional Budget Office (CBO) report that stated the immigration reform would bolster the economy. This means that these corporate giants are channeling their moral compass and bettering our country, right? That sounds too good to be true.

When citing the CBO report, the letter left out a key part of the CBO estimate that may hint at an ulterior motive. The CBO stated that if the Senate bill passed, the surge in new immigrants would bring down the average wage of American workers. Does this correlate into an influx of cheaper labor for places like McDonald's? Maybe. At any stretch of the imagination, it is easy to see the incentive in not having to pay workers as much.

Given the recent strikes and disputes regarding minimum wage, one would think that McDonald's would want to fix their problems with their workers. Fair wages are something that McDonald's has notoriously opposed. They cannot even provide their workers with adequate wages to support their families.

Nancy Salgado, for example, has worked at McDonald's for 10 years and was directed to apply for federal assistance in order to cover her day-to-day expenses. Considering Salgado has never received a raise and continues to be paid an insulting $8.25 per hour, it's no surprise she cannot afford basic living expenses.

It's no secret that McDonald's could raise their workers' wages. If McDonald's doubled their employees' pay, the cost of Big Macs would go up a mere 68 cents. Maybe raising the Big Mac's price is not the answer, but the answer certainly does not lie in lobbying for an immigration reform initiative that could potentially lower wages even further. That Salgado has been paid the same wage for 10 years should raise a red flag.

McDonald's has spent over $1.5 million on lobbying this year, some of which has gone toward immigration reform. That $1.5 million would be better spent investing in the workers who are responsible for their obscene profits.