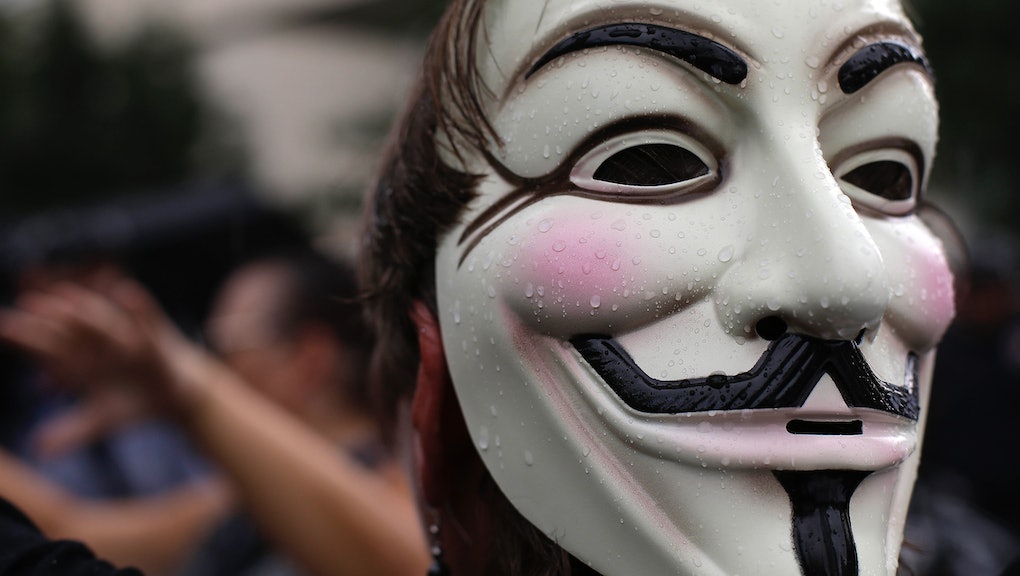 Guy Fawkes Night: 7 Things You Never Would Have Guessed About England's Most Famous Traitor

Anyone who is familiar with British political history, or has simply watched too much V for Vendetta, knows Guy Fawkes. The man apprehended with a massive stockpile of gunpowder beneath the House of Lords in 1605, Fawkes was tortured and killed, leaving behind the macabre refrain to "remember, remember the fifth of November, the Gunpowder Treason and Plot." However, it is often a misconception that Fawkes was simply an anarchist with a penchant for explosives, and his legacy surprisingly extends beyond an annual burning of his likeness. For example...

Despite the idealization Fawkes has received by the aforementioned graphic novel/movie, he did not attempt to blow up Parliament to destroy the government, but rather to reinstate the old one. Following England's split with Catholic Church in 1534, the Pope excommunicated the monarchy. Fawkes, who had converted to Catholicism at age 16, was disgusted by this and essentially served as a reactionary terrorist by attempting to destroy King James I and other political elites.

2. The plot probably would have failed anyway.

When the unlit gunpowder was moved from beneath Parliament to the Tower of London, it was discovered that the gunpowder had been left to sit too long, and had separated into its completely harmless chemical components. As Parliament had originally planned to meet earlier, but postponed the session due to a resurgence of the bubonic plague, the gunpowder had been in the cellar for almost six months, rendering it useless.

After being pronounced guilty of high treason in what was essentially a show trial, Fawkes was sentenced to death by being hanged, drawn and quartered. This was carried out by cutting off the condemned's genitals and burning them "before their faces," followed by disembowelment and finally decapitation. However, Fawkes was able to jump off the scaffold with the noose on, causing his neck to break and killing him. Thus he was spared the nastier parts of the exeution. Ironically, the attorney general later complimented King James on "his admirable clemency and moderation."

4. Originally, an effigy of the pope was burned for festivities.

Due to popular anti-Catholic sentiment, in the American colonies November 5 became known as "Pope Day," and was celebrated by burning an effigy of His Holiness. After George Washington publicly denounced the holiday as offensive to Canadian Catholic allies, the tradition died altogether in the Americas, while the effigy of Fawkes became the main one burned in England.

5. An English village celebrates the holiday by racing with flaming tar barrels.

Dating back to the 17th century, every Guy Fawkes Day, residents of Ottery St. Mary will partake in this highly flammable event. While its origins are unclear — theories range from a pagan ritual to a connection with Fawkes' gunpowder — the race through city streets is a boon for the town's treasury, drawing nearly 20,000 visitors annually.

6. Fawkes has an island named after him.

Isla Guy Fawkes is located among Ecuador's Galápagos Islands and, though uninhabited, serves as a launching point for divers due to the coral reefs nearby. What's more, Fawkes serves as the namesake for a national park in New South Wales, Australia, as it was first explored on November 5.

Despite being arrested for high treason, Fawkes was selected as the 30th greatest British hero in a 2002 national BBC poll. Coming in ahead of David Beckham, Henry VIII, Charles Dickens, and a number of other notable Britons, Fawkes' election may have been primarily due to the collective humor of the British populace, but is primarily a nod to his enduring role in British culture today.