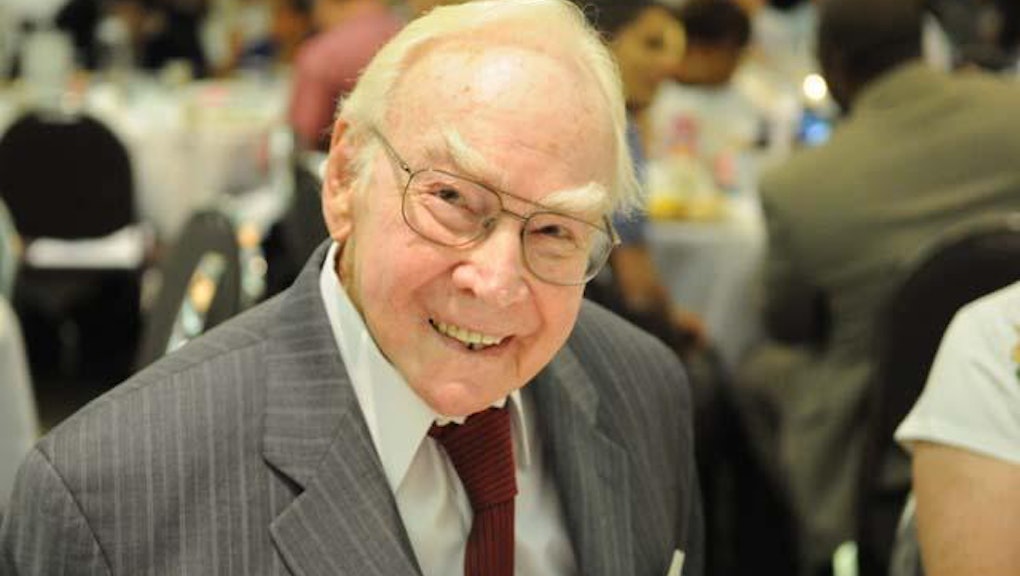 When Jim Wright went to a Texas Department of Public Safety office on Saturday, he was denied the voter ID card he was trying to procure. Wright served as Speaker of the House of Representatives from 1987 to 1989. Because the 90-year-old Wright did not have an active driving license, he was told he was ineligible for a card.

While he was eventually issued a voter ID in time for Tuesday's elections, Wright expressed his worry that the difficulty of the process might deter other potential voters. "I earnestly hope these unduly stringent requirements on voters won't dramatically reduce the number of people who vote, [but] I think they will reduce the number to some extent," he said.

As demonstrated by Wright's story, voter ID laws affect the elderly, who are less likely to renew their expired licenses once they stop driving. In addition, they disproportionately affect transgender people, whose appearance may not correspond to the gender listed on their ID, and people of color, who are less likely to have the ID they need to vote under the new laws.

Ultimately, these laws are designed to keep Democrats, or those who Republicans lawmakers assume are Democrats, from voting. Don Yelton, a GOP official in North Carolina bluntly asserted that his state's voter ID law "is going to kick the Democrats in the butt." He continued, "if it hurts a bunch of lazy blacks that want the government to give them everything, so be it." (He has since been fired.)

Wright, who spent his career fighting to make voting easier, said, "From my youth I have tried to expand the elections. I pushed to abolish the poll tax. I was the first to come out for lowering the voting age to 18." That such overtly bigoted attacks on suffrage are still being passed after his lifetime of work is, to say the least, disappointing.

For information on the documentation you need to vote in your state, click here.