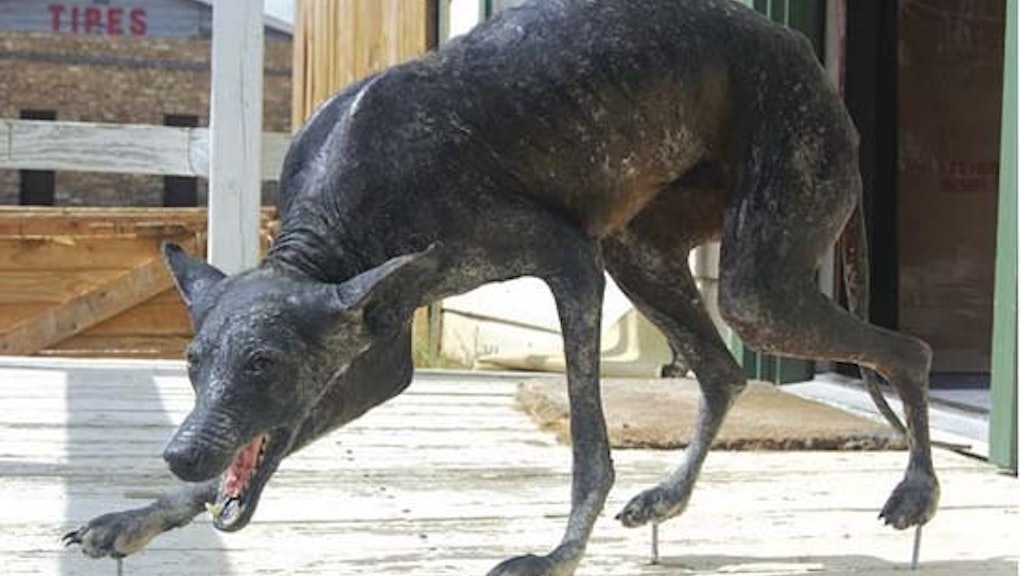 Are Chupacabras Real? And If Not, Why Do People Keep Seeing Them?

When a family from Picayune, Miss. returned home from a boating trip, they came across what they believe was a chupacabra. When representatives from the Department of Wildlife, Fisheries, & Parks arrived, the creature was nowhere to be found. However, the family managed to capture a video of the creature before it disappeared:

WLOX.com - The News for South Mississippi

The chupacabra, which literally translates to "goat sucker" in Spanish, is a mythical creature that is believed to suck the blood from livestock. In recent years, they have been purportedly spotted everywhere from Redlands, Calif. to Cuero, Texas. However, many are hesitant to identify these creatures as chupacabras. In the segment above, officials from the Department of Wildlife, Fisheries, & Parks suggest that the creature is more likely a coyote with mange, and that the animal's poor health has forced it to resort to eating garbage and pet food in order to survive.

When humans are infected with the mite that causes mange, they develop scabies. However, coyotes have not evolved to deal with the mite. When infected, their hair falls out and their skin shrivels up, leaving them to look like the animal in the video.  Furthermore, Barry OConnor, an entomologist who studies the parasite that causes mange, says, "Animals with mange are often quite debilitated, and if they're having a hard time catching their normal prey, they might choose livestock, because it's easier."

While this explains why the animals tend to target livestock, or in the Picayune case, why la chupacabra has been haunting the community in search of food, it does not explain the mythology surrounding the vampiric desanguination. OConnor chucks the purported blood-sucking up to a "pure myth."