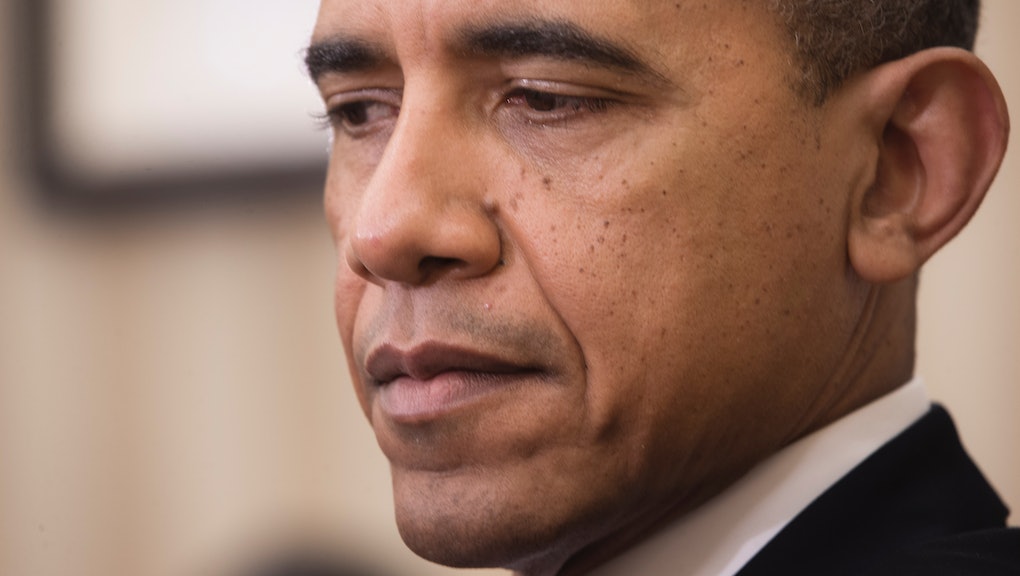 Obama Admits to Being "Really Good At Killing People"

Mark Halperin and Jon Heilemann's new book Double Down about the 2012 presidential election came out on Monday. Early reviews have already revealed a number of interesting details surrounding its release. These include Mitt Romney's worries about Chris Christie, the Obama team's flirtation with dropping Joe Biden from the ticket and replacing him with Hillary Clinton, and a casual remark Obama made during a conversation about drone strikes with his aides that he's "really good at killing people."

The tactless comment will certainly anger many people, but most interesting is whether or not the president is correct. Is Obama really good at killing people?

Obama has had the capacity to kill people using drone strikes for his entire presidency, something no one else can truthfully claim. This gives him a unique advantage over former presidents in his ability to kill people in far away places. The result is that Obama has killed a lot of people across the world.

The New America Foundation has done excellent work documenting how many people Obama has killed with drones in Pakistan. As of Nov. 1, the Obama administration has launched 367 drone strikes and has killed between 2071 and 3413 people. It's tough to get an exact total. Former President George W. Bush, on the other hand, launched a total of 45 strikes and killed 455 people.

Obama has also launched a number of drone strikes in Yemen.

This isn't the first time that the president has bragged about his ability to eliminate targets overseas. Last year he said, "Ask Osama bin Laden and the 22 out of 30 top al-Qaeda leaders who've been taken off the field whether I engage in appeasement."

As a matter of fact, Obama is correct. He has become really good at killing people. Whether that's a good thing is an entirely different story.