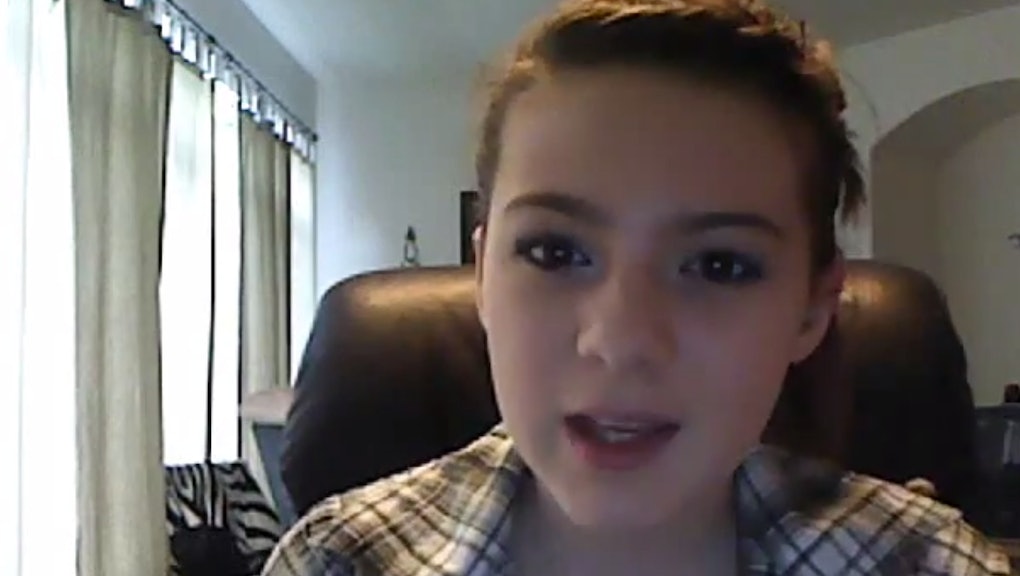 Disturbing YouTube Trend Has Young Girls Asking the Internet, 'Am I Pretty or Ugly?'

An alarming new trend on YouTube called "Am I Pretty or Ugly" raises questions about how young women in the digital age are internalizing beauty standards.

In a nutshell: young women title their uploads with that loaded question, and then open themselves up to the merciless criticism and sexual objectification of the YouTube forums.

So why are young women doing this?

If you’re a woman, you probably already know the answer: we plaster images of attractive women — everywhere. Why then should we be surprised that young women are seeking validation in real time?

Growing up, I heard that I would be so much prettier if I lost weight so I looked more like my mom or sister. Skip dinner, get plastic surgery, just do whatever it takes, because leaving the house ugly is not acceptable.

These types of comments only get worse for women who write online, where sexist creeps are able to hide behind anonymity. They don’t have to watch the expression of someone as they insult them.

Take these recent "critiques" of my writing:

Me, according to some people on the internet

As a teenager, I grappled with the same insecurities as the young women on YouTube. I so desperately wanted to be pretty because that meant I was valuable. The truth was, I was fine. I had the average skin problems that plague most teenagers, and I wasn’t skinny. That didn’t stop people from telling me I should kill myself, or that I was a fat cow. Once, in a scene straight out of Carrie, everyone chanted "drag queen" at me as I walked down the hallway of my high school. (I was wearing a lot of eyeliner that day.)

These insecurities never really leave you.

It takes guts to write about beauty, online or off. My friend Anne Thériault writes at the Bell Jar blog about coming to terms with her nose, recounting the difficulty in posting pictures online knowing you will be scrutinized and the careful way she has to present her face because of it.

And the knife cuts both ways. Lindsay and Lexie Kite at the site Beauty Redefined have been criticized for being too pretty to understand the plight of the less attractive, and conversely so unpretty that they have to redefine beauty standards. To write about beauty is to invite cruelty. Your value will be determined by the symmetry of your features, and inevitably you will be found wanting.

Louise Orwin, a performance artist, decided to play with identity to dig deeper into the YouTube phenomenon by adopting three teenage personalities: Baby, Becky and Amanda.

Orwin, writing for The Independent, explained that the project came out of her research on the ways teenage girls engage on social media. She was interested in the bravery of the young women who put their faces out there, knowing the response was almost sure to be negative.

She also noted that, in her own project, there were certain consistencies: most of the commenters were men, most women left positive comments, and she received many private messages from men asking for nude photos. Her piece, Pretty Ugly, is now a performance, with which Orwin plans to raise awareness of the trend of young women seeking attention online as well as the way we treat girls as a society.

As for me, I like myself more than I did as a teenager, but I’ve also learned that I must judge myself by a different barometer than how I look. It takes a grim determination to turn your back on the beauty myth. Someday, I hope the young girls in those YouTube videos will be able to do the same.