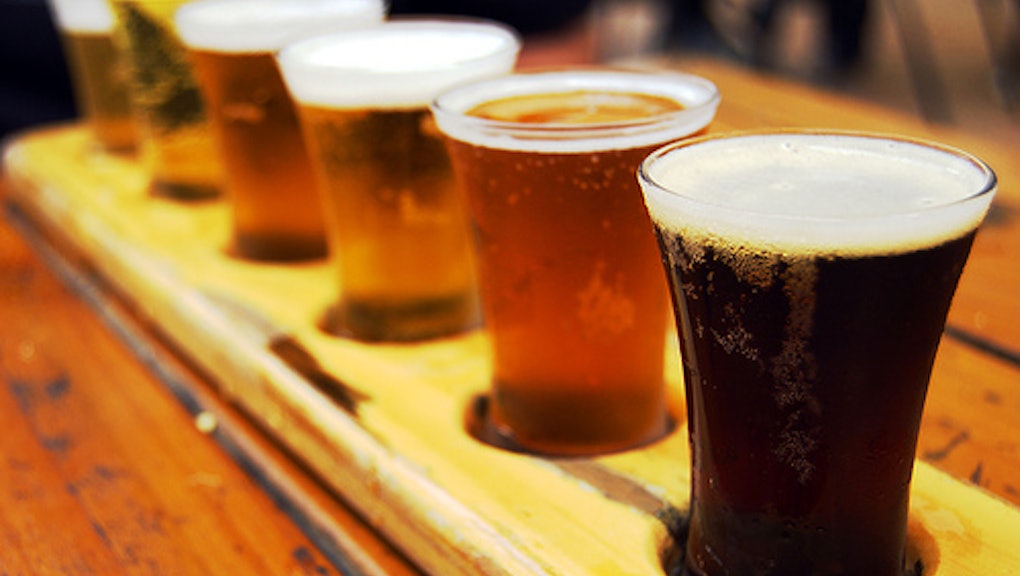 Good News For People Who Want to Get Drunk At Church

With religious affiliation and attendance at worship services on a steady decline, some churches have begun to think outside of the box, in an effort to boost attendance among the younger generation. One particular church in Portland, Oregon has even begun offering a monthly service of "beer and hymns", which provides exactly that: the opportunity to freely imbibe while singing of the Lord's Prayer.

Although beer and prayer may seem like an odd coupling (although really, it's Portland so there's beer everywhere, and anyway, who doesn't like to passionately sing while drunk?), it's a trend that appears to be gaining popularity in America. Kyrie, or as it's popularly known, "Church in A Pub," is a church based out of Dallas-Fort Worth that offers services and alcohol every Sunday night, under the tagline "It is better to think of church in the ale-house than to think of the ale-house in church." Similarly, The Pub Church in Boston has been meeting for four years now, providing "communion, sharing of resources, conversational sermon, and eating and drinking together."

The idea of boozing and praying seems to provoke ridicule from the skeptic in all of us, but it's worth pausing to examine the merits of such a combination. Although these services might seem a bit lax, is it really so bad to break away from traditional church sermons, well known for being intolerably boring? Is it necessary for worship to remain in the dark era of Puritan suffering, when everything else, from homosexuality to evolution, is being re-evaluated by the religious public?

Attendees of the "beer and hymns" service certainly don't think so. Many, such as Pastor Phillip Heinze, comment on the importance of religious community above strict tradition.

"I'm not interested, frankly, in making more church members, I'm interested in having people have significant relationships around Jesus. And if it turns out to be craft beer, fine."

With churches long serving as centers of civic engagement, it's not entirely wrong to assert that the communal experience of a church is equally as important as its religious teachings. It is perhaps this idea that has caused churches like Kyrie to be labeled as "Synodically Authorized Worshipping Center[s]" by the Evangelical Lutheran Church in America.

Most likely, beer and Bibles is just the start. As religious attitudes change among the millennial generation, it's possible gatherings such as these represent the first manifestations of what will become a drastic envisioning of the religious experience in America. As Amy Piatt, senior pastor at the First Christian Church of Portland, predicts, attending church "probably, in the very near future, is not going to be at 10 am on Sunday morning wearing your best shoes and tie or dress. It's going to be something different. I mean, what that is, we are still finding out, we're still learning together. But it's still holy, God is still there, and that's what's most important."