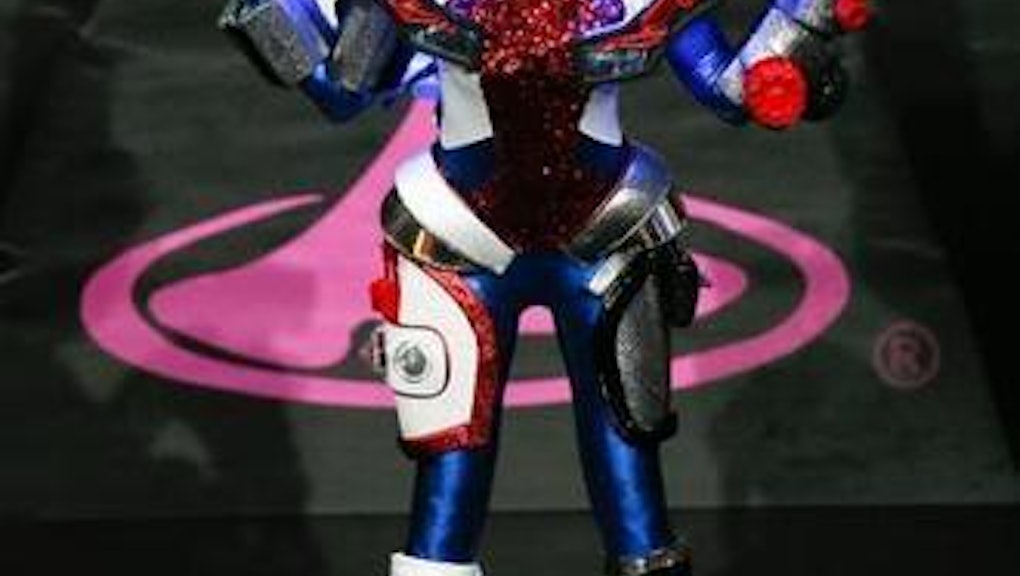 Given the costumes worn by the contestants in the 2013 Miss Universe pageant in Moscow, Russia, one would think they missed the memo that Halloween ended nearly a week ago. They certainly delivered on a grand scale.

The pageant held a preliminary event to showcase each contestant's costume in the form of a runway show. The costumes represented the unique qualities of the contenstants' home countries.

While some ladies, such as Miss Great Britain, Miss Ecuador, and Miss Sweden donned extensive interpretations of their countries' pasts, Miss USA embraced the present as Optimus Prime. Unlike many of the other women, Miss USA Erin Brady wore an elaborate transformer outfit that covered her in an excessive amount of United States' red, white, and blue.

Some may think that an eagle or the Statue of Liberty would have been a clearer connection to the U.S. It seems, however, that Optimus Prime gave Erin Brady a greater of a sentiment of empowerment. The transformer is arguably the best way to represent the powerful, game-changing women of the USA.

If this preliminary costume show is any indication of the extraordinary qualities of this year's show, then we can expect to be thoroughly entertained when the Miss Universe America pageant airs on Nov. 9.