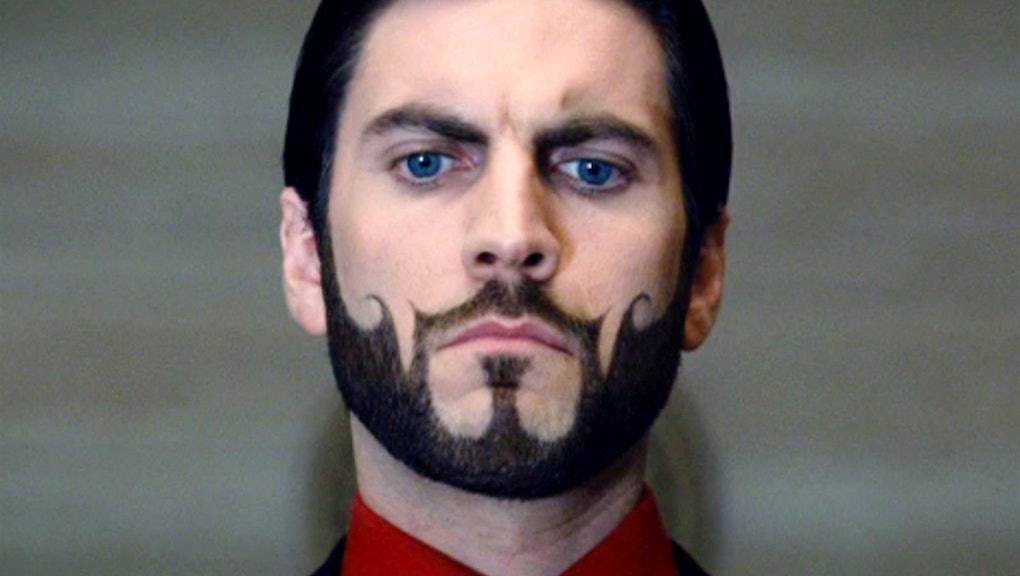 7 Celebrities That Should Do No-Shave November

It's No-Shave November, which means that for the next four weeks the men of America will be letting their beards and moustaches grow unchecked (and probably, in most cases, untended). The central aim of No-Shave November (also called Movember) is to raise awareness of cancers that affect men in particular, like prostate and testicular cancer. But in these facial-hair-loving times, it also become a kind of annual festival — a Beard Basel, if you will — devoted to moustache worship and tacit, penis-envy-driven competitions in the masculine art of growing, grooming, and trimming one's scruff. Celebrities and politicians, we think, should by no means be excluded from the fun. Here are seven famous people whose beards we would, for a variety of reasons, love to see:

Assuming the British royal family has access to the latest in early hair growth technology, Prince George — despite being less than a year old — should really get started on his face-scruff early. Truth be told, his father has never really looked the part of a leader: Prince William's former pretty boy good looks have given way to a dweebiness more befitting a low-level Lloyd's of London analyst than the future king of England. It's up to Georgie to re-infuse Buckingham Palace with some much-needed vigor; but first he'll need a beard — and the earlier and curlier, the better.

It's not news that the president of Russia has an image problem, one that's only been slightly mitigated by his various (admittedly impressive) demonstrations of badassery (did you know he co-authored a book on Judo?). A solid coat of facial hair would make the world leader look both less creepy and more serious. And if it comes out the same corn-silk blond as his hair, he shouldn't hesitate to dye it. With a dark enough, long enough, and scraggly enough beard, he could be a latter-day Rasputin.

If Schmidt — the giddy, bratty, impossible-to-hate scene-stealer of Fox's The New Girl — grew a beard, it might just be the most adorable thing to hit prime time TV since the April-Andy wedding on Parks and Recreation. Schmidt would never quite get over the weird sensation of his new facial hair — he'd constantly barrage Nick and Winston with questions about upkeep. And he'd grossly overestimate its macho appeal (watch out, Cece).

Most Americans, I suspect, would rather be led by a man who shaves than one who doesn't. But, for just one month, it'd be nice to see the POTUS let his scruff grow out. Just when it seemed Obama couldn't get any handsomer, a closely trimmed beard might do the trick.

In regards to the sexting scandal that put the kibosh on his New York City mayoral campaign, Anthony Weiner recently told GQ: "It rolls off my back, because that's the way I am constitutionally …. I'm just an empty, soulless vessel." That's the kind of dismal utterance that merits a beard — a knotty, free-roaming, whiskey-stinking grief beard: one that, in his early political exile, Weiner will have more than enough time to grow out.

Meryl Streep has won approximately 500 Academy Awards and played a staggering variety of characters from a glossy sociopath-executive in The Devil Wears Prada to a giggly, boozy mom in Mamma Mia. But one more dramatic leap is required before Streep can safely be considered the most versatile actress of all time, and that is the addition of a beard. Her next role simply cannot be one without fuzz.

No single actor has been responsible for more swooning in 2013 than Benedict Cumberbatch. His film and TV credits this year alone include Star Trek into Darkness, 12 Years a Slave, The Fifth Estate, and the TV series Sherlock. He could do just about anything drastic to his face and it would likely keep the armies of pop culture bloggers in their jobs for another month; but, in the spirit of No-Shave November, a beard will do.