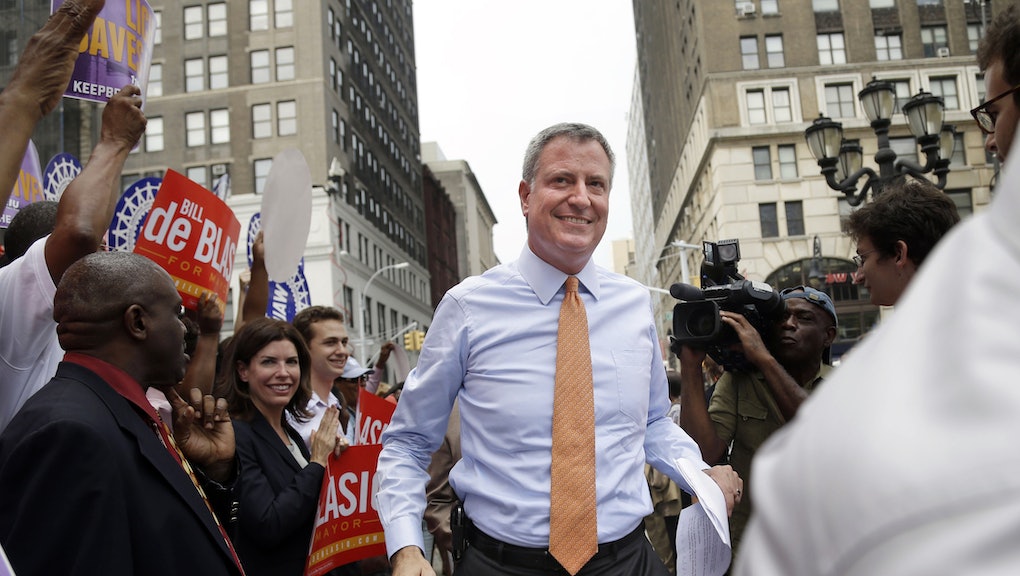 Democrat Bill de Blasio seems set to win New York City's mayoral election by a landslide, as he remains 40 points ahead of Republican Joe Lhota in recent polls. De Blasio's success may seem like a foregone conclusion, given that New York City is a liberal stronghold, but the truth of the matter is that the city hasn't elected a Democrat as mayor since David Dinkins won his term 24 years ago in November 1989. In order to give you an idea of just how long ago that was, here's a list of 14 things that were true the last time New York elected a Democrat to serve as hizzoner.

1. The Berlin Wall Was Still Standing

4. George W. Bush Was Part-Owner Of the Texas Rangers

7. The Central Park Jogger Case Had Not Yet Been Tried

Because MTV was still showed videos.

And you had to use tokens.

10. Mikhail Gorbachev Was Furiously Attempting to Reform the Soviet Union

13. The First Episode of 'The Simpsons' Hadn't Yet Aired

The "bad old days" that Lhota keeps invoking? A world without The Simpsons.

In comparison, there were only 414 murders last year.

15. Tim Berners-Lee Had Just Conceived Of the World Wide Web

And nobody got anything done ever again.