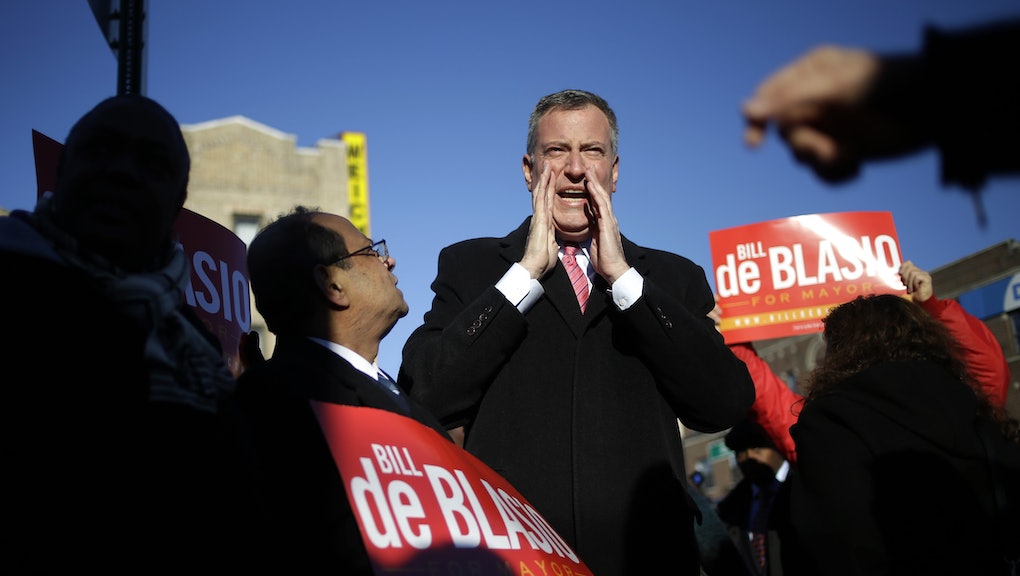 De Blasio, who is poised to become the first Democrat to be the Mayor of New York City in 20 years, is a strong proponent of public schools. He has indicated that if elected, he will consider implementing a policy of charging rent to charter schools that can afford it for occupying space in city-owned facilities. "It is insult to injury to give them free rent," he said.

Charter schools are quasi-public schools that operate independently and are managed by private organizations. This private-public business model effectively sets up two publicly-funded school systems that are separate but not equal. Charter schools can already withdraw services from customers as they see fit. They shouldn’t receive a subsidy for doing it; rather they should pay for the privilege to be selective.

De Blasio plans to treat charter schools that operate like businesses as a business. If they are going to seek what amounts to a tax subsidy, then they will have to demonstrate that they are qualified to receive it. His plan calls for a sliding scale that would charge rent only to those companies that can afford it. Success Network, for example, is a charter school organization that occupies public space at no cost and receives free services despite having the financial resources to pay.

De Blasio’s position is not just about the debate on whether education is more about civic obligation than consumer choice. It is about the law.

State education law prohibits privately managed charter schools from occupying city-owned space free of charge. In most cases, these schools are also receiving basic maintenance services, including custodial work and utility payments at no cost. The New York Times reported that 66% of the city’s charter schools occupy city-owned space at an estimated savings of $2,400 per student. According to the city’s Independent Budget Office, that amounts to a $100 million yearly stipend to charter schools.

Charter school proponents argue that the annual savings allows them to pay competitive salaries to staff and executive management and provide higher quality education to some of the city’s poorest residents. Marty Lipp, spokesman for Harlem Children's Zone, said, "We believe that all children deserve a great education and that making charter schools pay rent puts an additional hurdle in the way of charter-school operators trying to educate poor children."

Earlier this year, the New York State Supreme Court dismissed a lawsuit brought by parent groups who sought to have charter schools pay rent. The court decided that it was not within its jurisdiction to rule on disputes over state education law.

However, Supreme Court Judge Barbara Jaffe gave strong indication that she supports de Blasio’s logic. She said, "There is no dispute that charter schools, through public funding and private donations, have access to more financial resources than those available to traditional public schools."

De Blasio has a 40 point lead in the polls in what could be a record setting victory for a non-incumbent. He has pledged to revise the co-location practice where charter schools and traditional schools share facilities, something he has supported since he was elected as public advocate in 2010.

De Blasio’s plan is not to hinder the educational choices of parents. He just wants the charter schools to pay their bills.