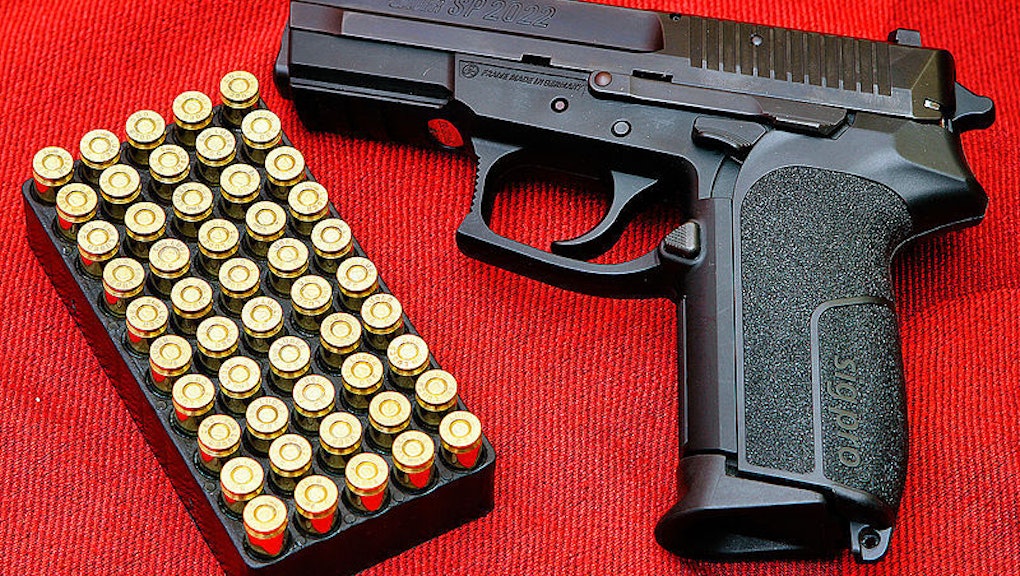 Gun Control Debate: The Argument That Every Gun Owner Needs to Start Making

If there is one argument that the National Rifle Association loves to use, it is that guns are necessary for personal security. This claim became infamous following the Sandy Hook shootings, when Wayne LaPierre went on national television to announce new legislation the organization would be pushing: an armed guard in every school. There are a number of legislators who agree, including this one who apparently thinks that middle-aged primary school principals are willing and able to handle a semiautomatic rifle. But pro-gun advocates are wrong to take this approach. Yes, some people do keep guns for personal security. But that is not why most gun people — the people that really care — own guns. We own guns because guns are so much fun.

Beyond that, we need make no apologies for exercising a right that is enshrined in the Constitution. Gun advocates often suggest that more guns means less crime, whereas gun control advocates often argue that no guns at all is the best solution. Usually, the statistics on one end or the other are too corrupted by ideologies to be useful. If I had to take a guess, I would say that more gun control would probably result in more muggings, burglaries, and assault-and-battery cases, and fewer homicides (killing someone with a knife is harder than many gun supporters realize). But the larger problem is that by engaging in this debate, gun proponents are buying into the gun-control camp's premise that they only have a right to own guns insofar as those guns make society safer.

President Obama said that we have an “obligation” to try anything that could save one child. This argument is ludicrous. First, because the idea that the ability of the government to pass one policy or another will “prevent” bad things from happening is ridiculous, but also because sometimes living in a free society means living with the people who abuse their freedoms.

After any mass shooting, I would welcome a debate on guns in American society, so long as it was a debate and not a formal conversation leading to the inevitable outcome of instituting some new law to make guns harder to obtain. But that does not mean that I feel a need to justify owning guns beyond the fact that I use them responsibly, am old enough to purchase them legally, and enjoy having them. No doubt, if I were talking about whiskey, the vast majority of law-abiding drinkers would say the same thing.