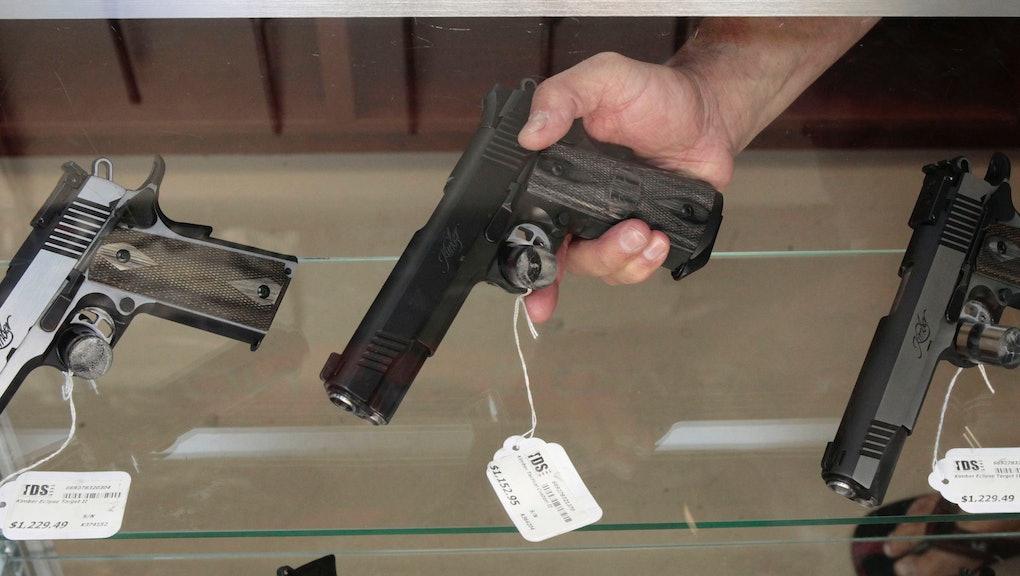 Social scientists in Australia have discovered a startling correlation between racism and opposition to gun control. The researchers looked at several sets of data on American voters that included questions about gun-ownership, opposition to gun control, and prejudice against black Americans (quantified by the Symbolic Racism Scale). The study took into account the effect of potentially influential variables, such as political ideology, education level, or geographic location. All things being equal, the results show that people with racial bias have a greater affinity for firearms.

The results of the study have come as a complete surprise to absolutely no one. White racists like guns. Shocker.

The United States is a country where white men with .44s use African American boys as target practice but call it “standing your ground.” Second Amendment enthusiasts tout the benefits of gun ownership, arguing that more guns would equal less violence. But somehow their message keeps getting buried under the bodies. It all too clear in America being black and male in public can be a lethal offense. That's a lesson this country learns with such frequency that we've begun tuning it out, blind to the cries of too many dead innocents and too many cases of bad "self defense."

The reality is that many people believe African-American men are dangerous whether alone, in a group, on a street corner, eating Skittles, or injured in a car accident. And a lot of them buy guns because they think black people will hurt them if given the opportunity. These scared gun owners see danger that doesn't exist, and they kill the people they're afraid of. After a couple of centuries of racism and violence in this country, the law lets these shooters get away with their crimes. American racism is still lethal.

So you’ll have to excuse the Americans who don’t seem sufficiently excited over this new study’s findings. It is unlikely that the new information will make any supremacist gun owners recognize the error of their ways. Americans are impressively adept at ignoring racism when it’s trying to punch them in the face. (We all know voter ID laws aren't really about fraud.) The first step to avoiding a storm is charting its trajectory. Unfortunately, right now gun control advocates are trying not to drown.