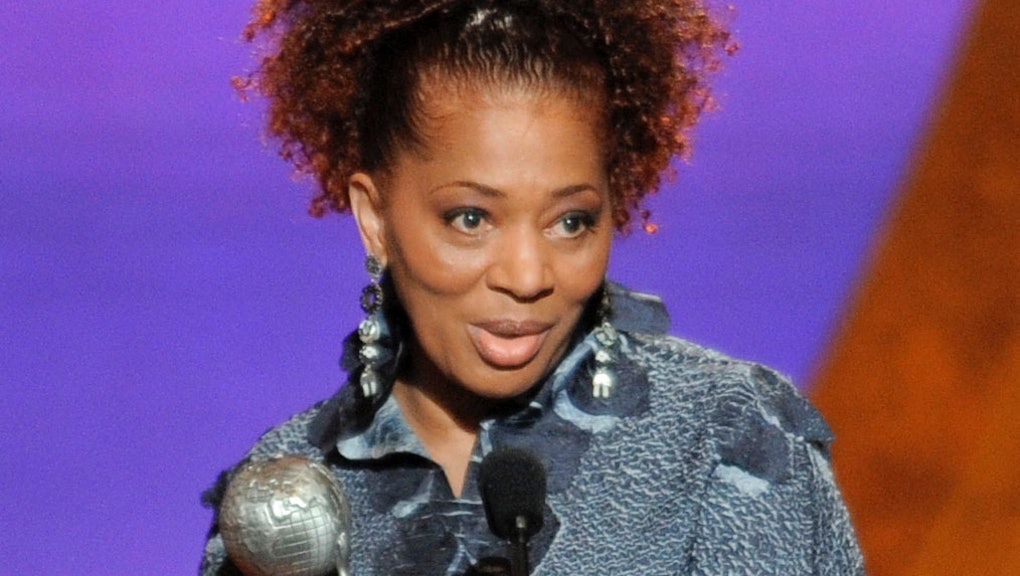 More hate spewed from the left? Coming right up. Author Terry McMillan is bashing Senators Marco Rubio (R-Fla.) and Ted Cruz (R-Texas), calling them Uncle Toms based on their positions regarding the DREAM Act and immigration policy. In her interview with the Huffington Post, she stated, "I think Rubio's an Uncle Tom anyway — and Ted Cruz." She later doubled down on her Twitter feed, adding that Cruz is really more like Hitler:

McMillan thinks the Republicans are "blowing it" with the DREAM Act by seeking to enact more strict immigration measures. Somehow, this makes them Uncle Toms by doing what they believe is best for their country and representing what their constituents desire (so, in other words, doing their jobs.) McMillan added that she thinks Republicans are taking a misguided step by blocking legislation that makes illegal immigration easier at the same time they're trying to win over minority voters.

Rubio and Cruz have in fact been pushing for immigration reform, but in a smart way that takes into account the effects "those 12 million brown-skinned people" would have on the country. Rubio and Cruz have been divided on the best way to accomplish that, and actually, Rubio has been criticized in the past for supporting immigration reform that is not deemed conservative enough.

McMillan has a history of spewing hate at the GOP, and also threatened to "slap" former Governor Sarah Palin if she ever came across her. She called Palin an "attention whore" and said the same about Governor Jan Brewer — all this from the woman who claims that the GOP is waging a war not just against women, but against humanity as well. Her desire to "smack" the GOP isn't just directed at women: She also wants to smack Rand Paul, Eric Cantor, Rick Perry, and John Boehner. Sounds like she's the one who doesn't have very much respect for women or humanity.

This isn't the first time someone from the left has called someone of the opposite leanings an Uncle Tom. Back in June, Minnesota State Rep. Ryan Winkler called Supreme Court Justice Clarence Thomas an Uncle Tom after the court's 5-4 decision gutting the Voting Rights Act. Herman Cain was also called a "Modern Day Uncle Tom" by liberals, as was Dr. Ben Carson after his CPAC speech. The trend here is clear:The left loves to scream "Uncle Tom" when anyone who is not white leans to the right in their beliefs. It's almost as if the left believes it has the right to black votes, and that any minority goes against the liberal establishment is a traitor to their race.

McMillan does a great job here generalizing an entire party and committing character assassination of anyone who disagrees with her simplistic analysis. Hate speech from both sides needs to stop, or the bipartisanship that this country needs will be delayed even longer. And it's time millennials recognize that the left is just as guilty of hate speech as the right — especially when it comes to people of color who dare to go against the political grain.And if the left does not start reprimanding this type of speech and recognizing how deeply offensive it is, perhaps that will be the most revealing fact of all.

You can see McMillan's interview with HuffPost Live here.