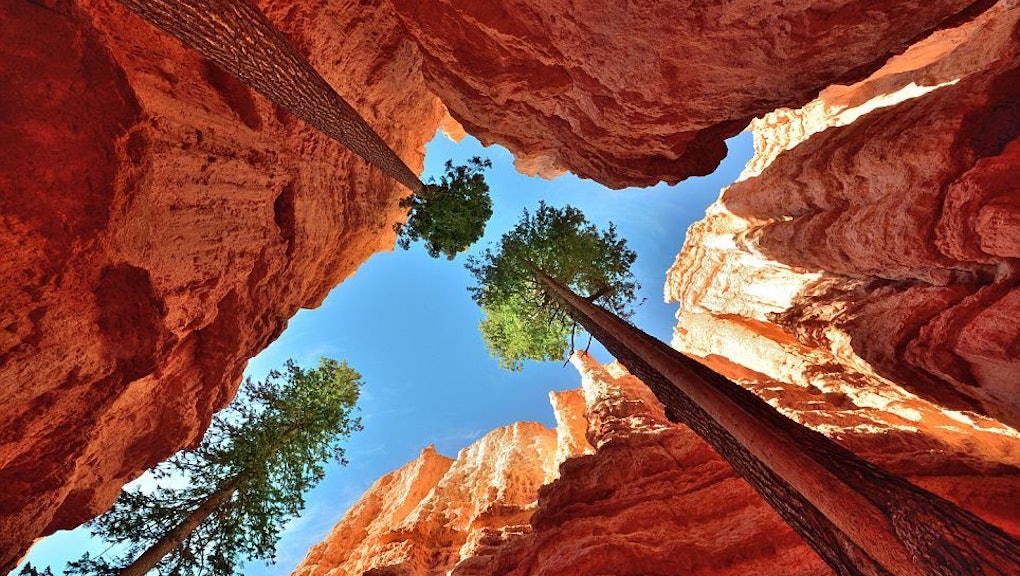 Here's how Urban Dictionary defines it:

A: Here's some earthporn for your viewing pleasure.

B: Damn nature, you beauty.

This cloud formation is wispy, wild, and wave-like. Experts studying these clouds didn't begin to accept them as a separate classification until 2009. This specific cloud formation has baffled scientists, who think their wild nature might be due to strong winds disturbing layers of warm and cold air, causing a beautiful mix of chaos and color.

High-res photo of Namib desert from above, via Imgur.

This is a coastal desert in Namibia, near the southern tip of Africa. The name Namib is of Nama orgin, which means "vast place."

From jjlew080, the photographer: "If Horsetail Fall is flowing in February and the weather conditions are just right, the setting sun illuminates the waterfall, making it glow orange and red."

The fall occurs on the east side of El Capitan.

The Mississippi River Delta from space, via the European Space Agency

This is south of New Orleans.

The Americas at night, photo taken in April or December, via NASA

As NASA reports: "Astronauts on board the International Space Station (ISS) have many tasks, but a consistent favorite is taking photographs of Earth. The ISS astronauts don’t just take digital images randomly. The photos they shoot are part of a well-defined program of data collection coordinated through the Crew Earth Observations team at Johnson Space Center. Current research targets include glaciers, deltas, urban areas, coral reefs, megafans (inland deltas), and long-term ecological monitoring sites. Dynamic events such as hurricanes, dust storms, volcanic eruptions, and fires are also imaged when possible. The database of astronaut photography is freely accessible via the internet."

The ebb and flow of seasons, via NASA

This GIF is a composite of images recorded by a satellite over a full year as part of their Blue Marble Project. The 2-second GIF shows the ebb and flow of the seasons, specifically vegetation growth and snowfall.

Bonus, because you deserve it: The ice sheets of Greenland, the largest island in the world, via the European Space Agency. The white dots at the bottom of the image are icebergs.