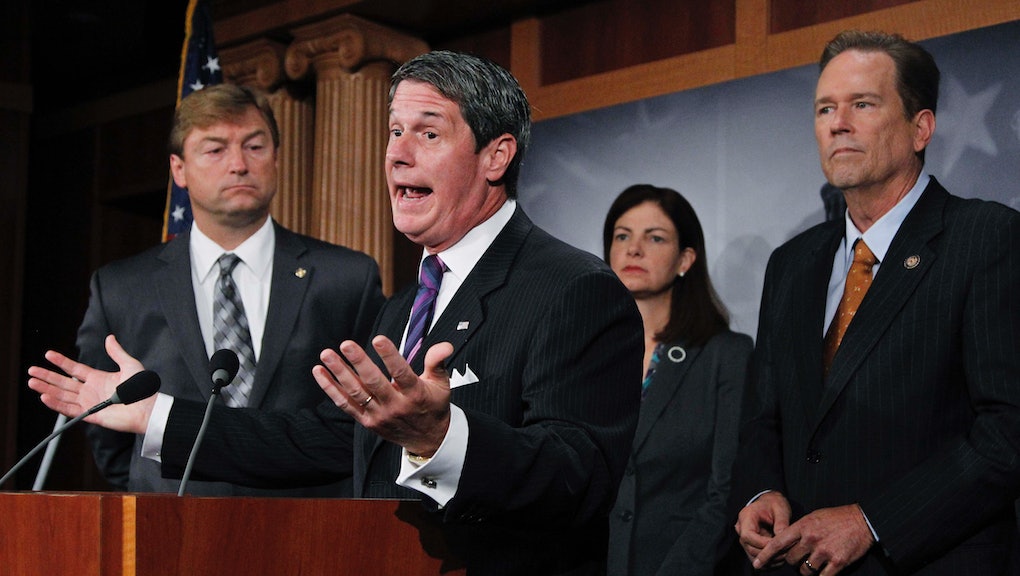 Sen. David Vitter (R-La.) apparently thinks that the Republican Party hasn't done enough to alienate women and LGBT voters. Luckily he has figured out a way to kill two birds with one stone and get endless hate mail.

Vitter intends to introduce an amendment to the Employee Non-Discrimination Act (ENDA) that would criminalize "sex-selective" abortions. His goal is to either tank ENDA, thereby stopping protections for LGBT people in the work place, or hurt women by making their doctors fear prison time.

ENDA is an important bill for supporters of gay rights. Originally introduced in 1994, the legislation represents a nearly 20-year attempt to protect LGBT people from discrimination in the workplace. The version that is currently making progress in the Senate is an all-inclusive bill that outlaws discrimination based on gender identity and sexual orientation.

Of course, it is precisely because this bill is so important for LGBT persons who can still be fired for being gay that Vitter wants to stop it. Republicans can't stand happy gay people. What better way to stomp on LGBT rights than to pit them against women's rights?

The Prenatal Nondiscrimination Act is Vitter's anti-choice Trojan horse. The bill makes sex-selective abortions illegal, punishing doctors who perform them with up to a five-year prison term. Vitter is determined to stop the rampant "female feticide" (that doesn't exist) by punishing doctors when they fail to read their patients' minds. Best of all, the bill sounds like he is protecting women when he's actually bullying the few health care providers who help them.

Good call, Senator! Women love it when their politicians threaten their reproductive rights for conniving political reasons. Thankfully, his amendment isn't likely to get any love in the Democratic-controlled Senate, but it's good of Vitter to make clear his contempt for the rights of women and LGBT Americans.