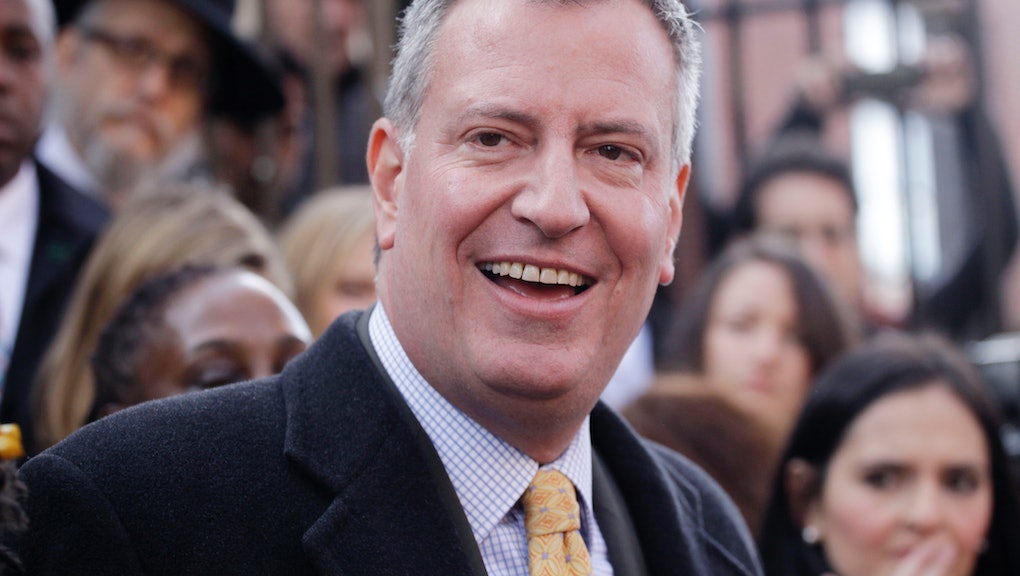 The latest exit polling being released by the New York Times suggests that while voters don't entirely disapprove of outgoing Mayor Michael Bloomberg's legacy, they're ready for a dramatic change in the city's direction.

An Edison Research exit poll found that 52% of voters approve of Bloomberg's performance, while 45% disapprove. But a tremendous majority, 70%, said they'd rather see the next mayor take the hint and drive the city away from the Bloomberg era.

And in continuing evidence that New Yorkers don't know quite what they want, voters said stop-and-frisk is harassment by a 55-39% margin, while still approving of Police Commissioner Ray Kelly's performance by a pretty surprising 65%.

- 38% of voters chose jobs and unemployment as the most important issue, which Democrat de Blasio has been hammering on as a campaign theme.

- Just 15% chose crime as the most important issue, indicating a major part of Lhota's message isn't resonating with voters.

- While 27% of voters felt that both candidates were fair to each other during the campaign, 25% thought they weren't. But 25% thought Lhota was the unfair one, with just 15% saying de Blasio was crossing the line.

- 87% of voters reported having chosen their candidate because he was likeable, not because they hated the other guy. While this is evidence of a pretty cordial race, in a contest where Lhota is just "likeable enough," seems like de Blasio would have the edge here.