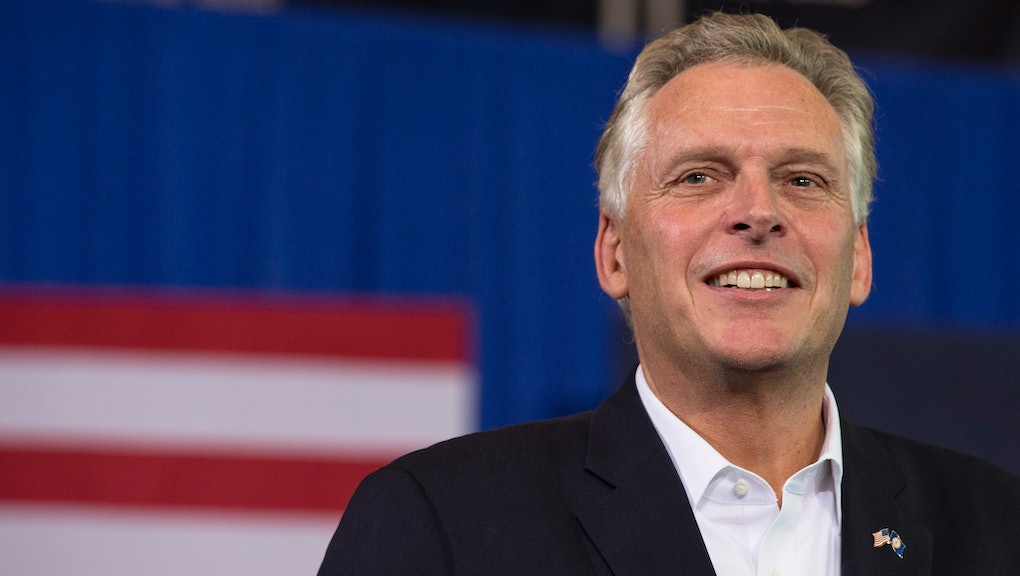 Virginia's polls close at the embarrassingly early time of 7:00 p.m., so we've got a jump on what voters in that state are thinking. Exit polls so far show what most polls and pundits were predicting: a Terry McAuliffe victory, which would shift control of the governor's chair back to the Democrats after four years of Bob McDonnell.

Cuccinelli has underperformed in most categories. He is up by only one percentage point with men, a stunning 15-point drop from the 2009 election (and if Grand Inquisitor Ken can't win men in the state by more than a percentage point, his chances are basically toast). So far Cuccinelli is only leading among the 65+ age cohort. And he's won 54% of white voters, a 13-point drop from what Bob McDonnell won four years ago.

One interesting fact that exit polls have turned up is that Robert Sarvis, the libertarian candidate, won 19% of the 18-29 age group — his best showing by far. And among the 31% of Virginians who do not belong to a political party, Cuccinelli is leading with 47%, but Sarvis has siphoned off much of his support and has 16% of independents' support.

Chris Cillizza from The Washington Post has crunched the numbers and has already come up with his verdict. Demographics don't lie.

Finally, a word of caution to poll-watchers: Southern Virginia tends to report its results first, so Cuccinelli may lead for awhile. Sit tight.