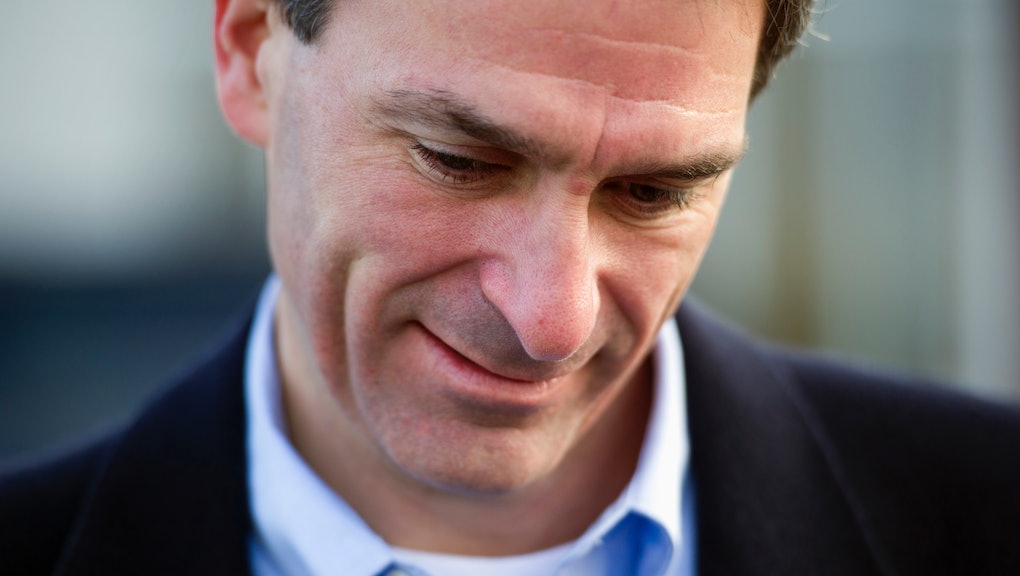 Here's the latest Edison Research exit polls on the Virginia gubernatorial elections, courtesy of the New York Times. Cuccinelli still has the lead with just 16% of precincts reporting at 51.8% of all counted votes to McAuliffe's 40.2%. But exit poll numbers look like Republican candidate Attorney General Ken Cuccinelli will be having a rough time against Democrat Terry McAuliffe as more precincts come in:

- Evangelical Christians are down from approximately 1/3rd to 1/4th of voters.

- More than six in 10 voters have a college education, and the proportion of those with a high school degree or less has fallen from approximately 20% of votes to one in seven.

- Self-described Democrats are now 37% of the vote, compared to 33% self-identified Republicans.

- 54% of female voters back Terry McAuliffe, while just 38% back Ken Cuccinelli. Cuccinelli has a slight lead in men, with a 47%-46% lead. Libertarian Robert Sarvis could be acting as a spoiler for Cuccinellli, picking up 16% of respondents total.

- This election is highly partisan, with 96% of Democrats backing McAuliffe and 91% of Republicans backing Cuccinelli.