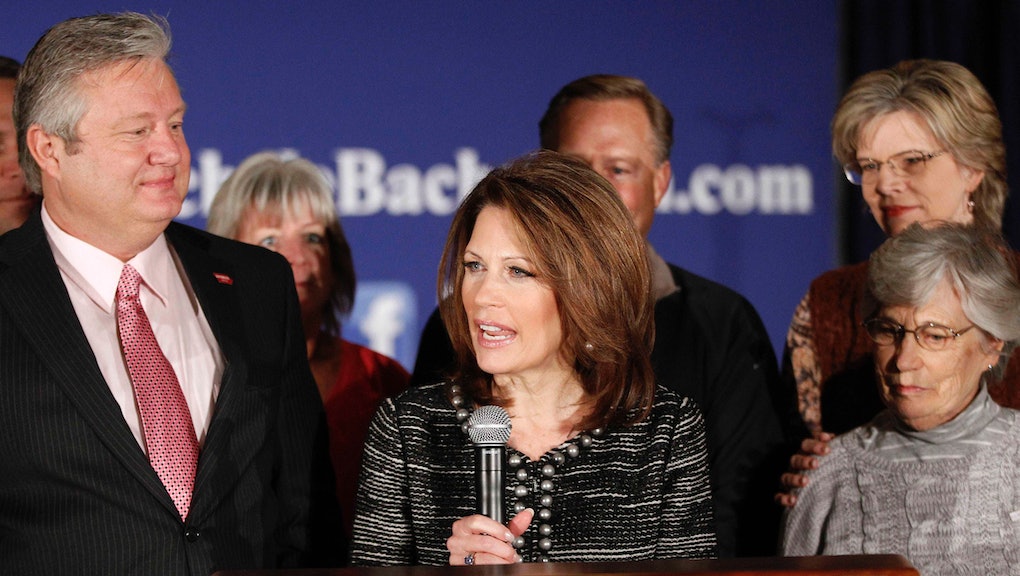 Tea Party is Destroying Something Much Worse Than Just Congress

Most people understand by now that the Tea Party is largely to blame for Congressional woes. What they don’t understand is the core reason that such people are so powerful, and the disastrous effects this could have for the future of the country.

The Party’s strength can be traced to a very large Christian base, the most influential contingency of which are Evangelical Protestants. In fact, 36% of Tea Partiers are Evangelicals, representing the largest bloc of Tea Party members, many of which identify as religiously conservative: they are pro-life, anti-gay marriage, believe that the government "has paid too much attention to the problems of blacks and other minorities" (58% of those polled), and harbor vitriolic hatred for Obamacare.

Tea Party supporters believe their future rests in the Congressmen they’ve elected to steer the country dangerously close to a purely Libertarian society. In other words, the government would maintain almost no presence in daily life, provides few (if any) safety nets, and individuals are left to fend for themselves.

But the problem is that the very same people who back Tea Partiers are the ones who desperately need many of the programs that their elected Congressmen wish to do away with. Without these programs, the country as a whole will rapidly decline.

Take SNAP benefits (commonly known as “food stamps”), a hot topic as of late, as an example:

The average household receiving these benefits had an annual income of $8,800 in 2010, and these benefits covered $1.80 per meal. Now, after cuts this past Friday, that’s headed down to less than $1.40 a meal. Further, nine out of the 10 poorest states in the country have Tea Party Congressmen currently serving. So which states take most advantage of the SNAP program? You guessed it: Most of them are on the top ten list of poorest states and carry full-blown Tea Party representation that wishes to drastically cut these benefits further.

Good God, what would Jesus do?

Last I checked, Jesus was pretty clear about providing for those in need — something Evangelical Protestants who back the Tea Party seem to have forgotten. But what constitutes need? Are people scamming the program in droves? Well, if you’d like to survive on $1.40 a meal — and by the way, that benefit only covers 17 days out of the month — be my guest. But for a more sincere answer from those in the know: No.

But it isn’t just food stamps that Tea Partiers want to throw overboard. The graph below shows just how close democrats and "moderate" republicans are on the biggest issues of our time. Compare the bottom two bars of each category with the Tea Party bar on the top and you’ll see the severity of the situation. Tea Partiers wish to decrease funding for health care, environmental regulation, education, and social security. While there are indeed unbridled spending problems with entitlement programs like Social Security, not a single Tea Party member has come up with a viable solution to make these programs solvent without harming a vast number of their constituents in the process.

Social spending helps put people back to work, thus making the nation’s economy as a whole stronger. How can one compete in a world market if they’re sick, handicapped, and are going through difficult financial times? And if such spending gets cut, these people will have even fewer opportunities to get a first foothold on the increasingly elusive financial ladder, which will destroy what’s left of the middle class.

But how has it come to the point that the people who vote for Tea Party members and other conservative republicans are literally voting against their own best interests?

Simply put: The states they live in, largely in the South and Midwest, correlate historically with overwhelming majorities of Evangelical Protestants, a line of Christians that have considered the heart more important than the head since before the U.S. carried that moniker. In other words: Work hard, go to church, read your bible, believe in the Holy Spirit, and God will sort out the rest.

Maybe Jesus was a Libertarian?

This doesn’t mean Evangelicals are stupid or immoral; It simply means that their geographic, demographic, and denominational histories have created a trinity of opportunity for nefarious members of the community who are masters at using the past to gain votes at the expense of national prosperity.

It’s high time these constituencies take their futures back. But when you’re poor, uneducated, struggling to feed a family, and wrestling with the modern day place of the church to fill both worldly and cosmic voids, politics is the last thing you’ll pay concerted attention to. Instead, you’ll rely on sound bites, short op-eds, and Fox News (which, by the way, is the number one trusted news source of Tea Party supporters) to help you make an "informed" decision.

With a more politically active citizenry, the Tea Party and like-minded misanthropes have no power. When these groups have no power, Democrats and Republicans come closer together on the most vexing issues to get things done. When Congressmen get things done, the country as a whole prospers.

That's what democracy is all about.