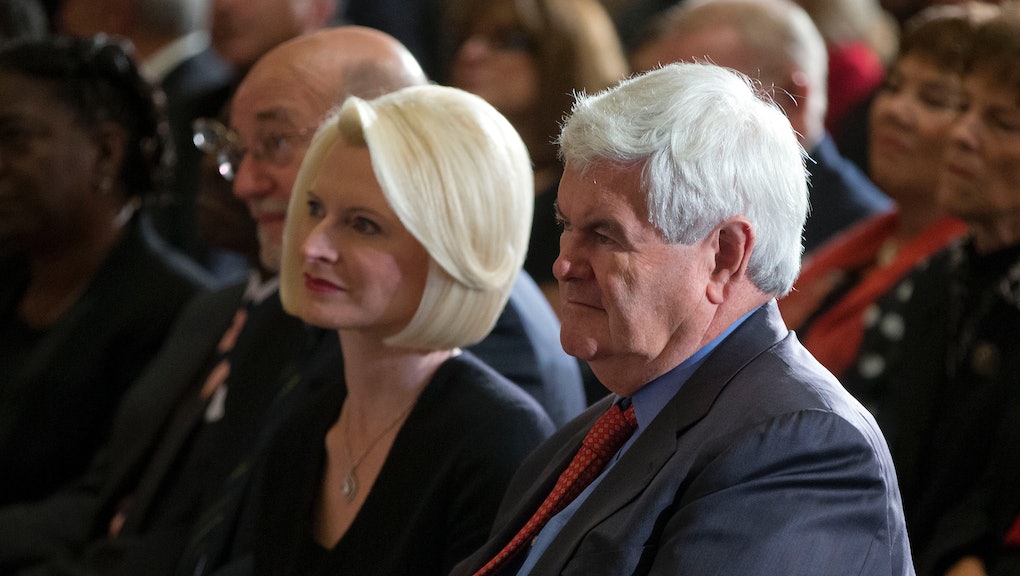 Newt Gingrich Wants to Go to Space, and Here's His Plan to Get There

Newt Gingrich is a well-known proponent of space travel and exploration. During his GOP presidential bid in 2012, the former speaker of the House gave a noteworthy speech in Florida. At the Space Coast, he said that as president, he would attempt to colonize the moon and permanently occupy it for America. The other contenders, including eventual Republican nominee Mitt Romney, ridiculed Gingrich especially for his hope to get humans to Mars "as rapidly as possible, building a series of space stations and developing commercial space."

But it appears, Gingrich is still holding on to his dream. In an interview with Yahoo! News on Wednesday, he reiterated that he would like to travel to space. He also called again for NASA to be funded by the private sector, instead of through the government. He and Romney had at least agreed on that point during the 2012 campaign, making the case that future U.S. space exploration could be improved with less bureaucracy and more resources from the private sector.

"The one period of glory in NASA was the first nine years when they weren't a bureaucracy yet, and they haven't gotten back to that excitement, that adventurism, and [they] won't," Gingrich said.

Currently, scientists, engineers, and developers make bids for government contracts to develop specific projects, or enter into contests with other developers to create the most innovative products.

If the NASA budget was to be turned into prizes for the private sector, it could be a way for the U.S. space program to compete with private upstarts like Richard Branson's Virgin Galactic and Elon Musk's SpaceX.