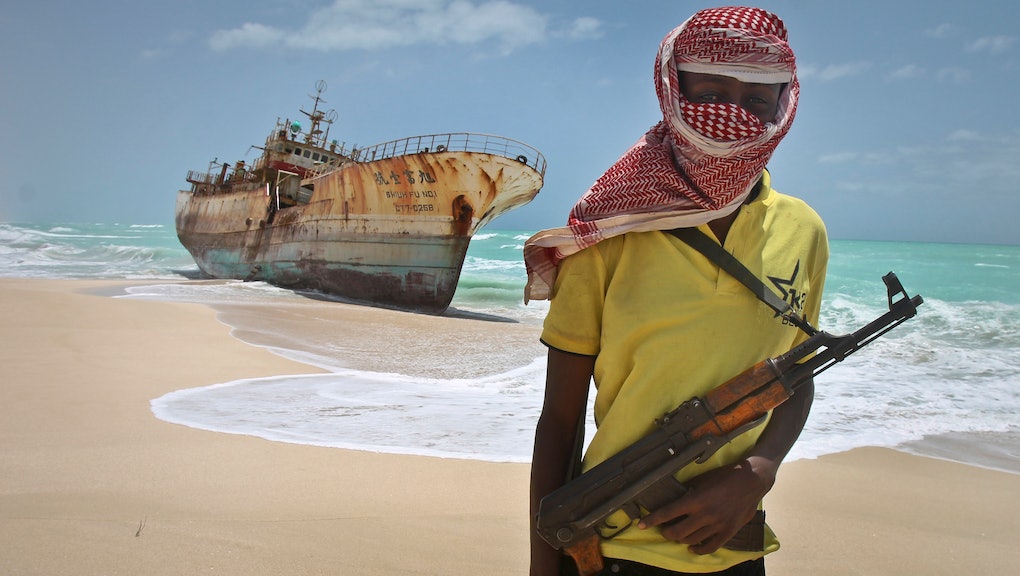 Piracy has long been romanticized in the United States, from Peter Pan to Halloween costumes. Off the coast of West Africa though, pirates continue to roam the high seas, but they are nothing like what you'd expect. These pirates are modern, sophisticated and smart. They don't sack towns or bury treasure. They are looking to profit off their conquests, not kill them, and are an intricate part of many communities in Somalia.

Here are five things you didn't know about them:

The Economist reports that the average haul for a ship is $2.7 million, with each pirate receiving between $30,000 to $75,000. This adds up to hundreds of millions in dollars in ransom over the past decade. However, ships have become more alert to this threat and have increased their security. In the first six months of 2012, there were only 70 attacks on ships by Somali pirates, compared to 163 during the same time the year before. Thus, while piracy has been particularly profitable the past couple of years, whether it will be in the future is unclear.

Generally, three to five investors will join together to finance a voyage and they will take anywhere from 30-75% of the final ransom. For these financiers, this is a great deal as the cost of putting together a expeditions, including vessels, may be only $30,000. Smaller attacks can be just a few hundred dollars. The money is then laundered either to Somalia, often through importers on the shore, or through other countries such as Djbouti, Kenya and the United Arab Emirates.

3. Pirates are involved in the community

It may surprise you to find out that Somali pirates often receive help from people on land, particularly local communities. In the book Somalia, the New Barbary?, author Martin Murphy qutotes a local official in Somalia who said that "The district gets a percentage of every ransom from ships that have been released and that goes on public infrastructure, including our hopsital and public schools." There is even a Somali pirate stock exchange to allow investors to contribute weapons or other materiel and receive a share of the ransom in return.

Don't think that Somali pirates aren't using 21st century equipment. They are. GPS systems, satellite phones, nightvision googles, and many other items are par for the course now for pirates. They often check different blogs online to locate shipping routes and map out how they will hijack a ship.

I told you they were sophisticated. Pirates spend a lot during a voyage and often go into debt. For instance, the drug qat is very popular and given out to pirates, but the amount is kept track of and deducted from each pirate's earnings when the ransom is paid. Some pirates end up in debt at the end of a voyage and cannot retire.