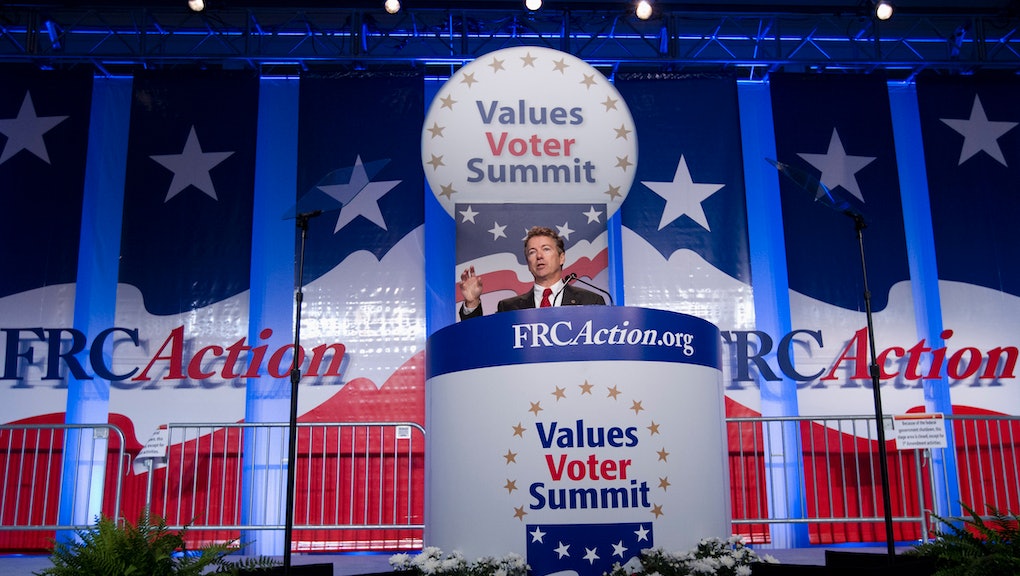 Over the past couple of weeks, different journalists have discovered that a couple of your speeches have been plagiarized, in some cases word-for-word, from different texts. For instance, Buzzfeed's Andrew Kaczynski found a column in the Washington Times that you wrote on mandatory minimums had sections copied nearly verbatim from a column by Dan Stewart in the Week. This is not the first time Kaczynski has caught you plagiarizing. MSNBC's Rachel Maddow also discovered last week that parts of a recent speech you gave had been copied from the Wikipedia page of the film Gattaca.

Your reaction to all of this has been underwhelming. You labeled Maddow and Kaczynski as "hacks and haters" for simply doing their jobs. You even said that if not for Kentucky law, you would challenge them to a duel. Despite receiving widespread mockery for these comments, you are not backing down. On Wednesday, you said, "I’m being criticized for not having proper attribution, and yet they are able to write stuff that if I were their journalism teacher in college, I would fail them."

This is an interesting comment, given that you are not a journalism teacher and have never been one. Maddow and Kaczynski were doing their jobs, and if a journalism student plagiarized like you did, they would be expelled. You continue to try to sidestep the problem by claiming it was a problem of attribution, but it is more than that. You (or more likely your staffers, for whom you are responsible) copied direct blocks of texts from other people's work. There were no quotation marks to indicate that the sentences came from another source. If that were the case, your excuse could have held up, but these cases were direct instances of plagiarism. If a journalism student — or any student for that matter — had repeatedly copied other people's work, turned it in as their own, and then claimed afterwards that it was simply a footnote omission, the student would face grave consequences, likely ending in expulsion.

So, here is some free advice: stop attacking the media for doing its job and come clean. Admit that you inadvertently copied the words of other people, take the necessary steps to ensure that this never happens again (by firing a staffer), and then move on. The more you make incendiary remarks about dueling and expelling journalists, the longer this issue will linger. As you undoubtedly are considering a presidential campaign, that's not good. Just some friendly advice for you to consider.