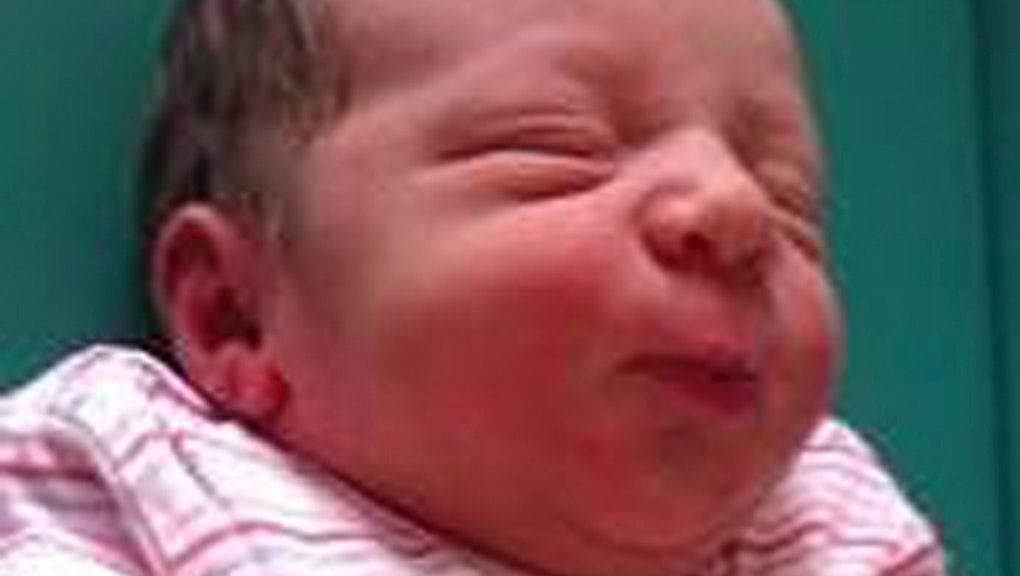 In a culture like ours, where most infants are foot-printed and then immediately tied into gender-normative pink or blue booties, it seems heartening at first to learn that Germany now offers intersex children a third option. On November 1, a new law took effect, making Germany the first European nation to relieve parents of declaring any sex for their children at birth.

Despite a wave of tidy golf-clapping for progress from outlets like the BBC and Der Spiegel, as Hilda Viloria wrote in an Advocate op-ed, the law actually states that "if the child can be assigned to neither the female nor the male sex, then the child has to be entered into the register of births without such a specification." With such a mandate, the law may do more harm than good, driving more parents to quickly opt for sex assigning genital surgeries to prevent them from falling into an unprotected, non-status.

An estimated one in 2000 children each year is born intersex — possessing one of about 60 sexual development conditions, including atypical chromosomes or gonads (ovaries or testes), or unusually developed genitalia. While some intersex infants are born with life-endangering conditions that require surgery, most of them are not.

Nevertheless, according to Anne Tamar-Mattis, director of Advocates for Informed Choice (AIC), generally, at American hospitals, sex assignment surgery is the standard of care for intersex babies. A box gets checked on the birth certificate. A series of surgeries ensues to cosmetically alter a child’s genitalia.

For Pidgeon Pagonis, 27, (who prefers the pronoun "they"), those surgeries were a mutilation. They remember various childhood surgeries, being told growing up about ovaries removed due to cancer. That "cancer" was a lie; its scars: removal of Pagonis’s gonads at age one, a clitorectomy and clitoroplasty at age three, which in an interview for Intersects magazine, Pagonis summarizes as "fancy words for saying they cut off my clitoris and threw it away." Pagonis was raised as a girl, named Jen, and only learned of a childhood Androgen Insensitivity Syndrome diagnosis at age 18. By then Pagonis already had scar tissue, numbness, and a vaginoplasty at age 11 to allow Pagonis to better accommodate penetration by a normal-sized penis.

Pagonis grants that sexual assignment surgeries were initially meant to bring a sense of belonging to intersex children’s lives, but "what the surgeries have done is actually created shame, created stigma, created the feelings of disconnection and non-belonging" that they were meant to assuage.

Some see the German law as an attempt to remove some of the pressure on parents to make such life-altering and quick decisions on sex assignment surgery for newborns, long before the children reach an age where they can give informed consent themselves. And while Tamar-Mattis applauds the German government for being aware that there are important human rights violations occurring against intersex children — and trying to do something about it — she notes that many advocates question whether the rule change was the best step. "A lot of people feel like having a third gender option is not the most important thing for intersex children, the most important thing is stopping irreversible, non-consensual genital surgery."

From Pagonis’ own experience, reading and listening to mentors, including Tamar-Mattis, they believes it makes the most sense to give children a gender designation at birth, allow them to see what fits, "but let the surgery be the child’s choice, when they grow up to be a fully consenting adult."

The Intersex Society of North America likewise does not advocate that children be raised with a gender or in a "third gender." The spectrum between male and female is broad, and there is no clear cut off for where the category of intersex might fall upon that spectrum. More importantly, as ISNA explains on its website, "we are trying to make the world a safe place for intersex kids, and we don’t think labeling them with a gender category that in essence doesn’t exist would help them."

In response to Swiss activist group Zwischengeschlect’s assertion that the law is bound to result in more mutilated children, American University feminist philosopher Ellen Feder asks, "What if we do not see atypical sex anatomies as the problem, but understand the problem instead to lie in social intolerance of anatomical variation, and the imperative of normalization that attends this intolerance?" To Feder, a more sensible solution is not the creation of new categories of people, but the prohibition of non-consensual medical interventions — surgeries that the United Nations Special Rapporteur on Torture has condemned.

Many advocates, says Tamar-Mattis, are calling for greater gender options: "But it shouldn’t be infants who have to start that. The first people who take on alternate gender identities legally — it should be adults who choose to do that" rather than "imposing that on children and trying to make them standard-bearers."

For German parents, hard decisions have just become more difficult, and for Germany’s intersex newborns, the new law, in its incompleteness, simply opens the door to greater violations.