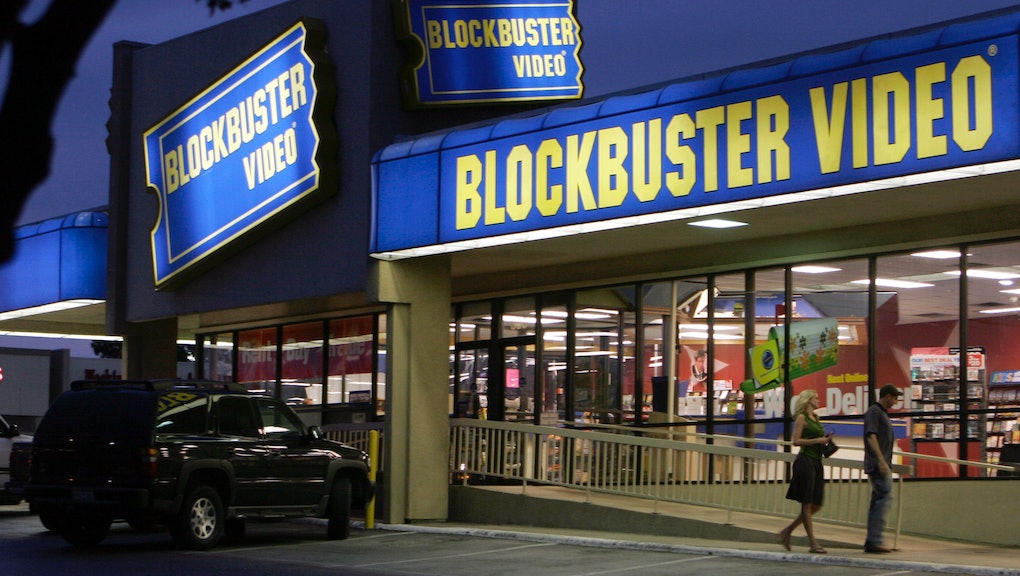 Blockbuster's Shocking Revelation: It Still Has Stores Left to Close

A mere decade ago, Blockbuster was the go-to brand name when it came to video and DVD rental. At its height, in 2004, the chain had 9,000 stores, and but the advent of rent-by-mail and streaming services like Netflix rapidly ate away at the company's market share. In 2010, a month before Blockbuster's 25th anniversary, the company filed for bankruptcy, at which point most of us assumed it had gone out of business. After all, thanks to Netflix, Hulu, Amazon, and our DVR, we hadn't gone to a Blockbuster — or left the house — in years.

Today's announcement is enough to make one nostalgic for the Blockbuster that was. There was a time when renting a movie wasn't something that one did out of habit, but an endeavor. There was a ritual to heading down to the store, and indecisively browsing aisle after aisle of major studio run-off with glazed eyes. There was the challenge of communicating with angsty and barely verbal teenage employees, and the excitement of racing against the clock to return your rented wares just before the store closed. Where else, back then, could you buy family-sized boxes of movie candy that you had every intent of eating alone in your room? Where else could jerks replace their rented video games with the copies they'd ruined?

For New Yorkers, it was the Blockbuster 10.14 miles away in Belleville, N.J. Or in other words, nowhere. Which is why, tonight, we might as well just stay home. Besides, the next episode of House of Cards is starting in 15 seconds.