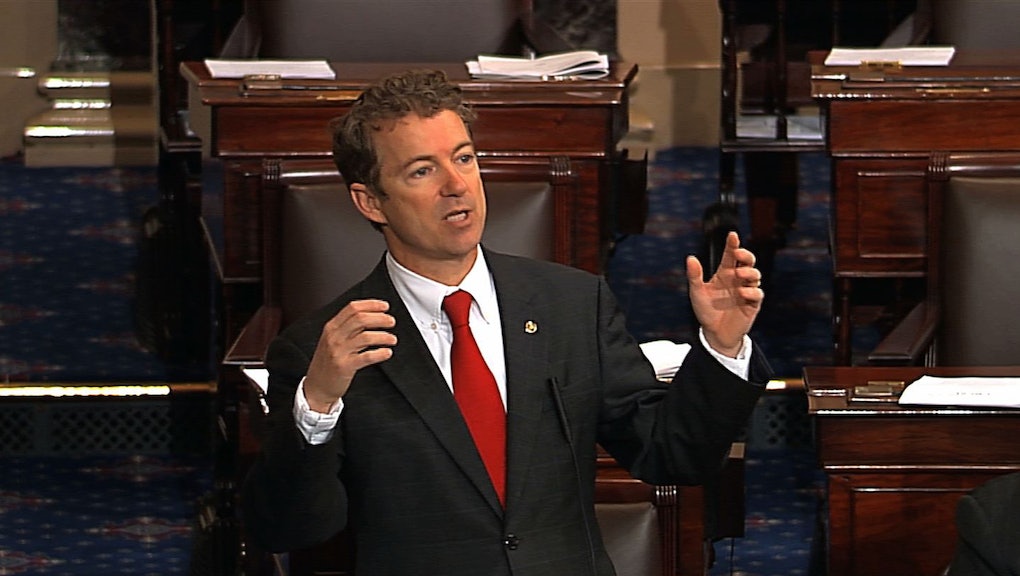 Janet Yellen is likely to be confirmed as the next chair of the Federal Reserve, but that hasn’t stopped Rand Paul from planning a filibuster of her nomination. The Federal Reserve is a decades-old institution that is supposed to be insulated from the politics, but instead has become completely immune to criticism. Yellen is extremely qualified, but the reasons for supporting a filibuster of her nomination have nothing with her capability or gender. They have everything to do with bringing transparency to an institution that effects the global economy like nothing else.

Rand Paul made headlines and hashtags with his filibuster this year on the unconstitutional use of drones by the Obama administration. While a seemingly small gesture, Attorney General Eric Holder’s response to the filibuster established a clear legal limit to the president’s constitutional authority on drones. Filibustering Yellen’s nomination would hopefully bring greater transparency to the Federal Reserve’s activities, something that has the support of a majority of Americans. Polling on the subject shows a large margin of support, with 70% for greater transparency and oversight.

Let’s apply the economic problem of the Federal Reserve to another good that’s publicly accessible. Let’s pretend the Federal Reserve actually controls water reserves, and group of scientists sets the rate at which water can be used by the citizens and companies. A drought comes and the water supply is constrained. This slows down production, and raises prices for water, and thus prices that depend on water, like food. The Federal Reserve produces more water for Americans by borrowing it from other countries. It hopes for rain in the future to replenish the value, but what happens when the well-connected farmers keep planting crops where they shouldn’t? The Federal Reserve buys more to fill its wells, and then it give that water back to the people who abused it in the first place. Eventually, we have to let them reap what they sow.

Americans deserve to know the Federal Reserve and the government’s activities on monetary and fiscal policy. When we try to remove politics and but remove the ability to be critical, all we do is entrench special interests like big banks and oil and energy companies. These companies thrive off inflation and increases in the money supply, at the expense of private citizens’ saved wealth. When we refuse to stand up and question institutions that affect the global economy in a unique way, we enshrine a divine authority in them. Humans controlling the value of money should not be given that status, no matter how qualified they may be.

There is nothing fundamentally wrong with Janet Yellen as a Federal Reserve Chair nominee, and Rand Paul knows that. But there are reasons to be concerned about the fundamentals of our monetary policy. After this fight, the Federal Reserve will continue to function as it has. Janet Yellen will become the next chair and the Fed will continue to engage in bond buying purchases to fund our less-than-transparent federal government. Millennials will continue to accrue debt at the hands of misguided fiscal and monetary policy. The Fed will continue to have a complicated inflationary effect on the three biggest drives of the federal debt: Social Security, Medicare, and Medicaid. Our fiscal future is not too bright.

Instead, we should hope for a world where we are represented by politicians who will, quite literally, stand up against injustice in government policy. This is exactly what a real filibuster does. Special interests work behind the scenes, and any procedural move that furthers popular sentiment against government privilege should be supported by young people on both sides of the aisle. The Federal Reserve will have a unique effect on our quality of life in the coming decades, and its continued efforts to not be transparent are enabled by Washington and big finance. It’d be nice to have a little more transparency with a simple filibuster.