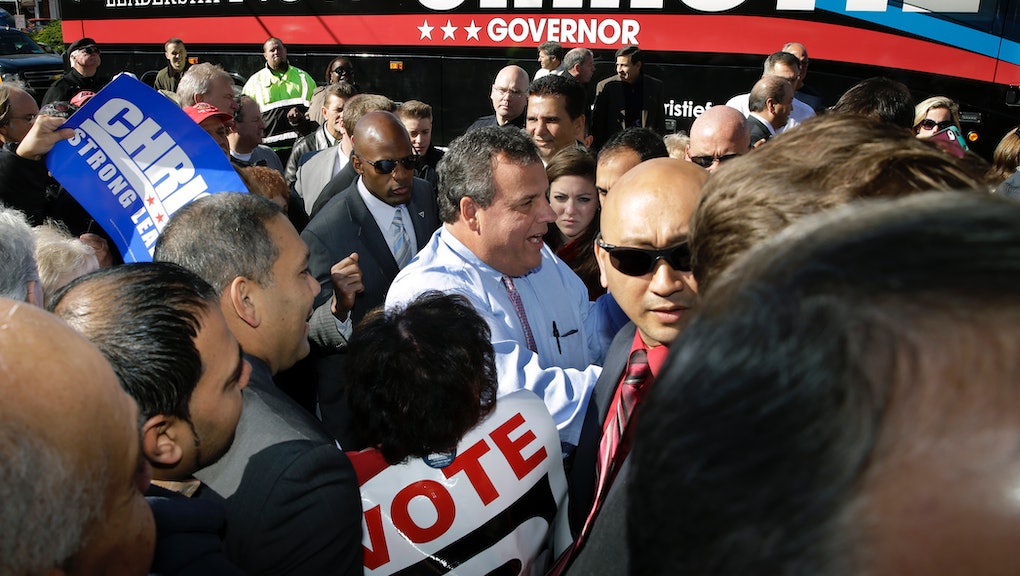 Think Young Voters Are Liberal? Election 2013 Shows You Could Be Wrong

Here’s the most interesting data point from Tuesday’s Virginia gubernatorial election: 18-24-year-olds voted for the Republican candidate, Ken Cuccinelli. Cuccinelli won 45% of their vote to Democrat Terry McAuliffe’s 39%. That's a surprisingly large six-point gap, given that McAullife won the election by almost 3 points.

Now I know what you’re thinking (besides “I don’t like numbers” in which case you should probably stop reading): This doesn’t mean anything — young Americans are always the most liberal age group and millennials are even more liberal than members of past generations were in their youth. And that is all true, but is it possible that the generation born in the 90s is more Republican than their brothers and sisters born in the 80s?

My initial thought was no. I suspected that libertarian candidate Robert Sarvis played spoiler to McAuliffe, despite most pundits thinking the opposite. Young voters, normally inclined to lean Democratic, didn’t like McAuliffe and protest voted for Sarvis (who garnered 15% of the vote in this age range). That theory, however, is at odds with the voting patterns of 25-29-year-olds. This age group also gave Sarvis a large number of votes (14%) but among those who voted for either of the two major party candidates, McAuliffe creamed Cuccinelli by 15 points (50% to 35%). It’s possible that the Sarvis votes in the 25-29 age group are also “lost” votes for the Democrat, but if that is the case then the youngest voters in Virginia were still more likely to vote for the Republican then those just five years older than them by a pretty significant margin.

No matter which way you slice it, Virginia's youngest voters voted like they were in their 40s.

This could, of course, be a statistical fluke or something peculiar to Virginia. So let’s look at the other statewide race of the night in New Jersey. Much to my chagrin, New Jersey exit polls did not have a large enough sample of 18-24-year-olds to show whether young millennials broke for Republican Chris Christie or Democrat Barbara Buono. But we can use past elections to hypothesize. Four years ago, Christie received 52% of the two-party vote in New Jersey, on Tuesday he won 60%, so one could expect a roughly 8% increase among every age group. This, however, is not what you see.

Keep in mind that we are trying to tease out the youngest voters who probably didn’t vote in 2009. Christie gained more than expected among those 18-29, increasing his vote share with this group by over 10 points. It could be that Christie’s campaign targeted this group and his efforts paid off. Or it could be that the youngest voters, those new to the electorate in 2013, are just more likely to vote for the Republican.

This theory of a slowly Republicanizing youth is tangentially confirmed by looking at the next oldest age group. Christie failed to improve his performance at all with 30-44-year-olds. Again, one could contribute this to campaign factors. But what seems more likely is many ardent 2008 Obama supporters turned 30 in the last five years. And they brought their anti-Republican feelings with them.

The difference between Christie’s expected 8-point improvement with young voters and his actual 10-point improvement may not seem that substantial, but it’s actually a pretty big gap. Assuming a steady increase in Christie support, 18-24-year-olds would have had to give Christie 51% of their vote, compared to 47% for those 24-29.

In addition to winning hispanics, Christie may have won the youth vote, as well.

Now, these two elections are far from conclusive. And I am in no way arguing that a new generation of elephant-toting high schoolers are about to start voting. But while it is clear that millennials are a solid Democratic voting bloc, there is no guarantee the next generation will be, and early signs suggest they are more willing to give Republican candidates a look.