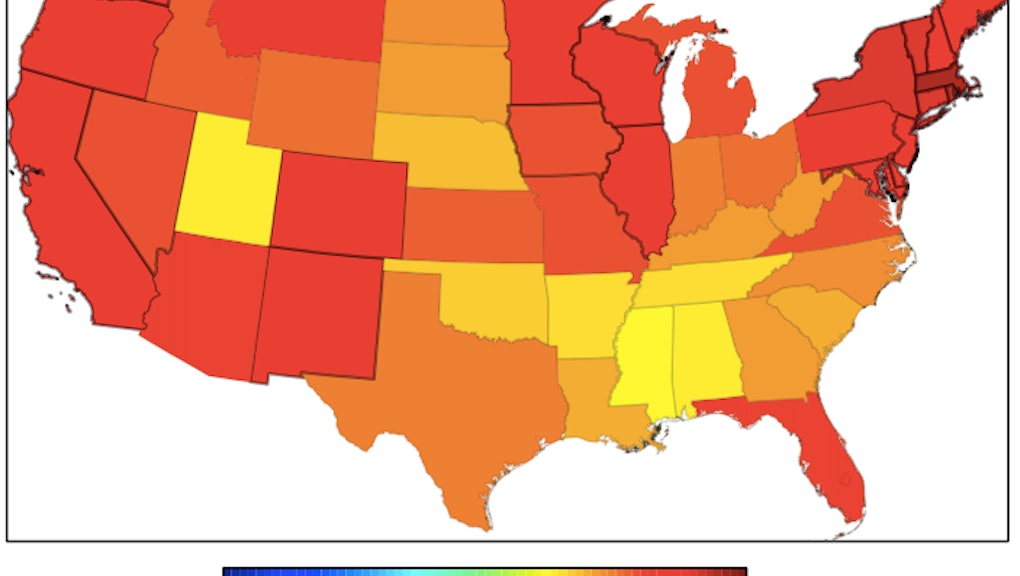 2013 looks to be the year where America finally embraced gay rights.

Fourteen states now allow same-sex marriage — six of them joining that group this year. Illinois is poised to be number 15 on that list.

The Senate move speaks to the mood of America — we're only becoming more accepting of gay rights.

While some states already have these protections, at the moment there are no federal protections for LGBT people who are fired or otherwise discriminated against by their employers because they're gay or bi or transgendered.

The final ENDA vote was 64-32, with 10 Republicans joining Democrats. This number makes it seem that there is a significant conservative slant against the legislation. The vote, though, is misleading. A clear majority of Americans agree with ENDA.

Just check this map, compiled by the Washington Post.

Banning anti-gay discrimination is supported by a majority in every single state. This ranges from a low of 63% in Mississippi to a high of 81% in Massachusetts, the first state to legalize gay marriage.

Between 15% and 43% of LGBT Americans have experienced discrimination or harassment in the workplace as a result of their sexual orientation.

More shocking, there are still 29 states where LGBT Americans can be legally fired from their jobs based solely on their sexual orientation.

ENDA would help protect these Americans, and it's expected to be voted on by the Senate this month.

And it's clear most Americans stand behind this law.

Editor's Note: This story has been updated to remove language that was used without attribution to Media Matters to America and the Williams Institute. We apologize to our readers for this violation of our basic editorial standards. Mic has put in place new mechanisms, including plagiarism detection software, to ensure that this does not happen in the future.