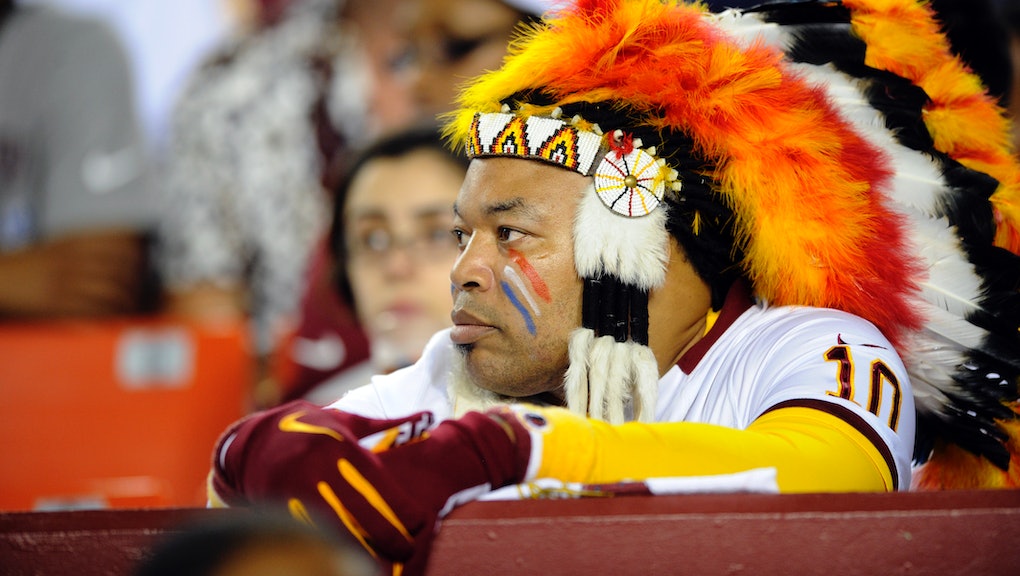 Washington Redskins Name Change: How Not to Make It Happen

Thanks to the controversy surrounding their offensive name, the Washington Redskins have been in the news an awful lot lately, especially for a mediocre NFL team that’s somehow doing worse than the Jets. Owner Dan Snyder has refused to consider a change, prompting comparisons of the name with other racial slurs and stereotypes — with varying degrees of tastefulness and success. Here’s how, if you must, you can best invoke racism in making your point about the Redskins’ mascot and name.

First off, go straight for slurs, as the The Onion did in a recent article. Using slurs to draw an analogy to the Redskins’ name is sure to provoke an emotional response, and it’s definitely not likely to derail your argument, as conversation turns to whether or not you’ve stepped over the line, and how the ethnic group you’ve invoked feels about your offensive comments. Repeated use of slurs can come off as over-the-top invective, or, bonus, as reveling in something that you’re claiming to reject.

Take a look at what happens when, instead of using upsetting language, you merely make apt comparisons that appeal to multiple identities, allowing people to attempt to place themselves in Native Americans’ shoes. A 2001 poster created by the National Congress of American Indians has been making the rounds as a result of the Redskins scandal, even though it was created in response to the Cleveland Indians. It imagines what it might be like if, instead of Native Americans, teams had named themselves after other ethnic groups — in this case, the San Francisco Chinamen and the New York Jews. Sure, the ad is able to show that whether or not you think the term “redskins” is offensive in and of itself, it’s downright peculiar to use a caricature of an ethnicity as a sports team’s identity. But does it feel punchy and glib and self-satisfied, and make you uncomfortable? If not, then what’s the point?

Then, make sure you overreach: go Nazi, or go home. If the comparison you’re drawing isn’t hyperbolic or confusing, and doesn’t leave your audience bewildered and frustrated, you aren’t really trying. Take, for instance, Tom Stiglich’s New York Daily News cartoon that compared the Redskins logo to Confederate and Nazi flags. The Redskins have a distasteful name and logo, which means the organization is entirely on par with a government that committed some of the worst atrocities in human history, and their logo is on par with a symbol that accompanied violent Southern opposition to the Civil Rights movement. By using a swastika and the Confederate stars and bars, Stiglich shows us that he really means business, and has a deep and full understanding of the comparison he’s attempting to make. As a result, his cartoon is especially likely to change entrenched Redskins fans’ minds.

Yes, you could try to have a civil conversation about the Redskins, in which you appeal to fans’ sense of propriety, and point out that a name change doesn’t just represent a burden, but an opportunity. But why do that, when you’re trying to make a point not just about the Redskins' crappy name, but exactly how deviant and outspoken you are.