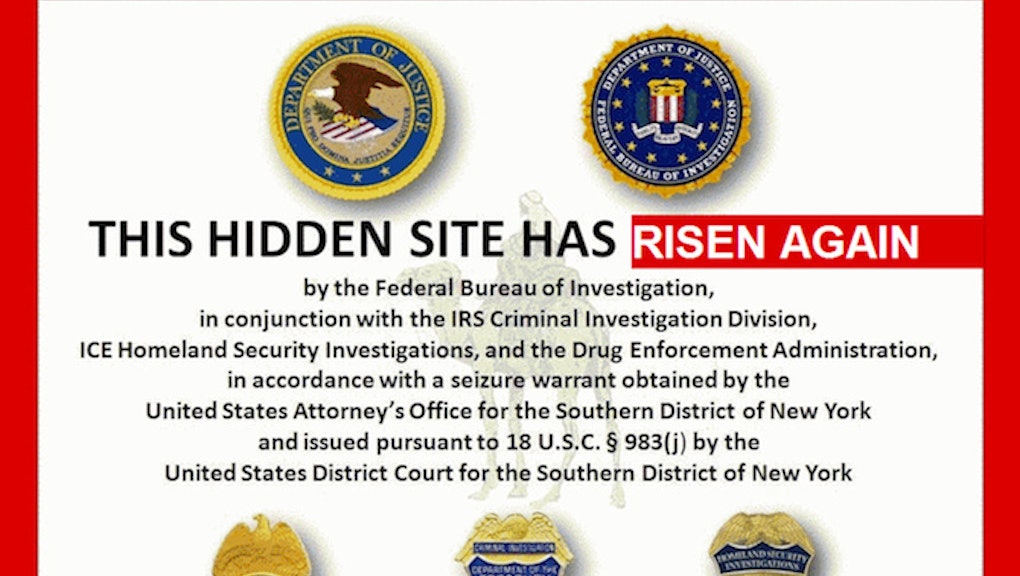 Silk Road 2.0: Site Returns a Month After Feds Shut It Down

About a month ago, aiming to put an end to the anonymous online sale of illegal substances and other illicit goods, as well as the suspected use of bitcoins for money laundering, the FBI finally moved to shut down the black market website Silk Road. Ross William Ulbricht, the 29-year–old founder of the website was arrested; bitcoin assets of all users seized, and access to the website was blocked. So game over, the Feds win, right?

Wrong. The underbelly of the internet is an unbelievably resilient place, and not only did it respond to the void left by Silk Road by creating similar replacements such as Sheep and Project Black Flag, it went right ahead and re-launched the Silk Road site itself. An anonymous operator has taken control of the site and assumed the moniker Dread Pirate Roberts, familiar to users of the original Silk Road as the alias used by Ulbricht himself.

The revamped website retains many of the features of its original incarnation, such as the layout, the use of bitcoins, and accessibility via the Tor browser, but also sports additional security features aimed at increasing anonymity and thwarting legal action. Further adding to the new site's legitimacy is the inclusion of several moderators from the original site, who are not only knowledgeable about the customer base and daily operations of the Silk Road, but also quite eager to see its return to prominence.

The crackdown on Silk Road, while unique because of the illicit goods involved and the method of their acquisition is certainly not the first or only effort to stop a seedy internet titan in its tracks. In 2012, the FBI shut down popular file-sharing service Megaupload, and well-known torrent-tracking website The Pirate Bay has been persecuted for the better part of a decade, with its founders facing prison time and multi-million dollar fines. The website itself has also been shut down and forced to change domains several times as it plays hide-and-seek with U.S. authorities in an effort to avoid seizure.

But all three of these services, and indeed countless others, have persevered in the face of persecution and continue their existence in some form. Soon after its closure, Megaupload's founder Kim Dotcom created a spiritual successor known as Mega, which provides similar services with increased privacy and security features. The Pirate Bay recently celebrated its 10th anniversary and released a custom browser designed to thwart blocks preventing users from visiting the website. All of this to say that it is simply part of the nature of the internet for popular (and even unpopular) services to resurface and evolve despite efforts at regulation, and a ham-fisted government policy which fails to do the same cannot hope to effectively control the situation.