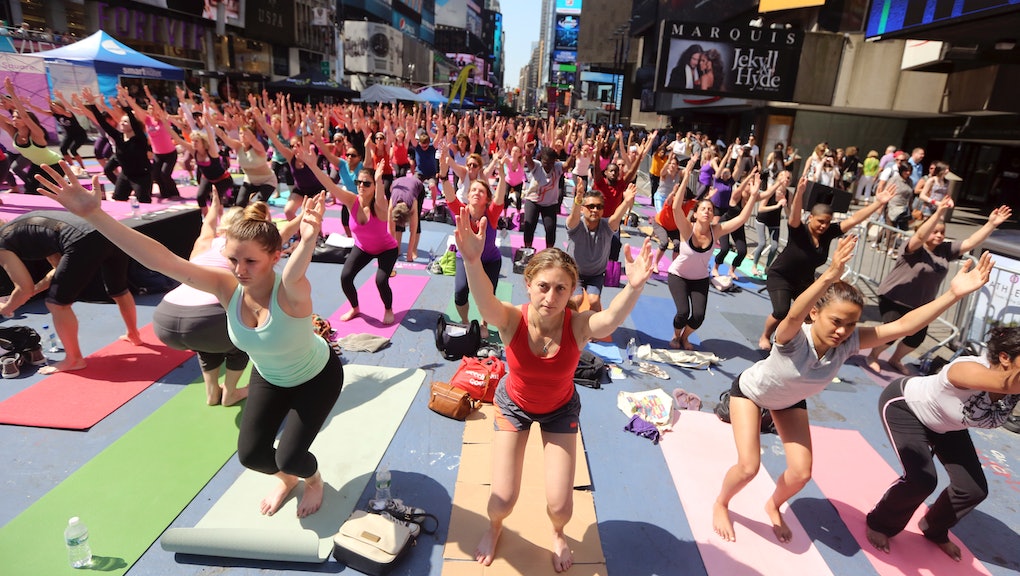 Turns out, the trendy athletic outfitter has a bit of a Janus complex: there's the face they present to the public, which promotes an everyday, healthy lifestyle for everyone (everyone who pays for their $98 pair of leggings, that is); and the other face, which frowns upon women who aren’t of a specific body type.

Many "plus-size" woman know what it's like to shop at the retailer, only to find that the clothes in their size have been relegated to remote corners of the store, far from the prominent clothing and wall displays.

Now, Lululemon co-founder Chip Wilson has come under fire for fatphobic comments he made in an interview on Bloomberg TV’s Street Smart.

"Some women’s bodies just don’t actually work for it," quipped Wilson, in response to numerous customer complaints about the deteriorating quality of the company’s yoga pants. "It’s really about the rubbing through the thighs."

There has been an overwhelming negative response to Wilson's comments, like seething posts on the company’s website and Facebook pages, and denouncements of loyalty to the brand.

But, the point is, he said it and he'll stay in business. How many times will we allow this sort of disgraceful fat-shaming to go on, you might ask?

Only as long as we allow it to.