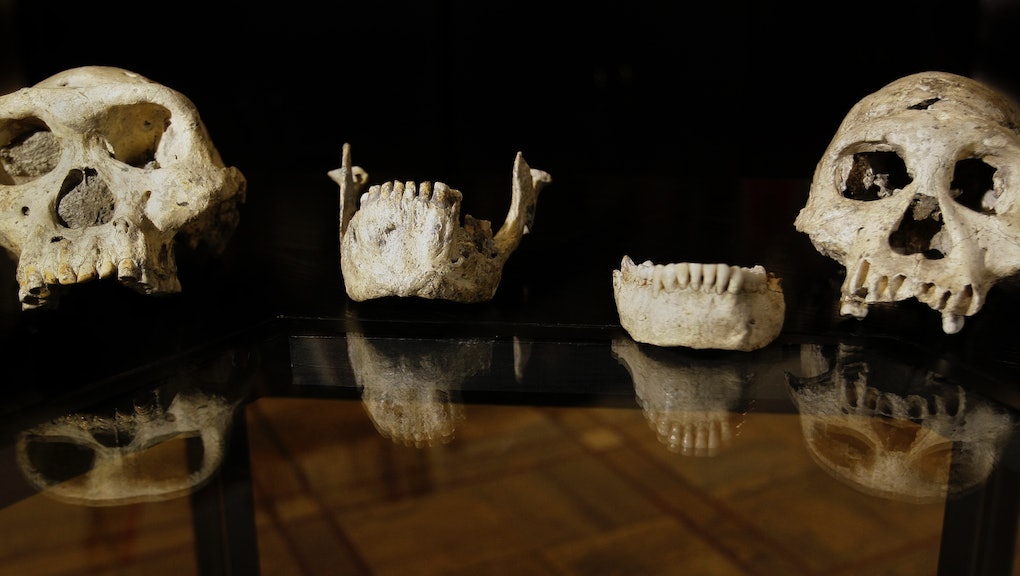 What do gay marriage and the theory of evolution have in common? Republicans and religious fundamentalists in America are determined to oppose both to their dying breath.

After years of accumulating geological evidence that the earth is approximately 4.6 billion years old, only 40% of Americans accept that evolution ever occurred, with a large percentage of Republicans and fundamentalist Christians among the naysayers. Indeed, the percentage of Americans who believe scientific truth of evolution has declined from 45% in 1985 to 40% in 2005.

This opposition to evolutionary theory is not a global phenomenon. In other parts of the world, citizens find it easier to separate politics from religion from science. Out of a survey of 32 European countries, the U.S., and Japan, the U.S. came second to last in its willingness to believe evolution as fact, beaten only in its scientific oblivion by Turkey.

In the so-called age of scientific advancement and progressive thinking, an overwhelming number continue to adhere to the Biblical belief that God created the universe about 6,000 years ago on a whim. Several reject any link whatsoever between humans and their chimpanzee ancestors, while 21% continue to feel "unsure" about the entire affair.

While America’s discomfort with science continues to be unaffected by further research, high schools are still struggling to determine what to teach in their science curriculum. Less than two months ago, a Kansas-based group, Citizens for Objective Public Education (COPE), challenged the state’s science standards because they included lessons on evolution. The group found these teachings to be "indoctrinating" impressionable youngsters in violation of the First Amendment. The fact that evolution is backed by centuries of research and discoveries did not seem relevant. Even college students with an educational background in science need to push themselves that much harder to reject mythical beliefs for scientific truth.

A study published by the New Yorker asked 150 college undergraduates who had taken multiple college-level science and math classes to verify scientific statements, both true and false. Unsurprisingly, it took much longer for students to respond to statements that were counterintuitive and went against our earliest instincts. Questions such as, "Is evolution real?" or "Does the sun revolve around the earth?" found students showing greater neurological activity as they paused to separate primeval beliefs from scientific truths. While they ended up correctly identifying most statements, these questions caused them to pause longer, and think harder.

Believing in evolution is a two-step process. First, we unlearn non-scientific concepts we have implicitly absorbed our entire lives. Then we go about understanding what science has to say about the matter. However, none of this can be possible if our social and educational systems continue to look the other way as science attempts to explain the true origin of life.

Unless we radically transform our ability to understand politics, science, and religion separately, the future of science in America appears dismal.