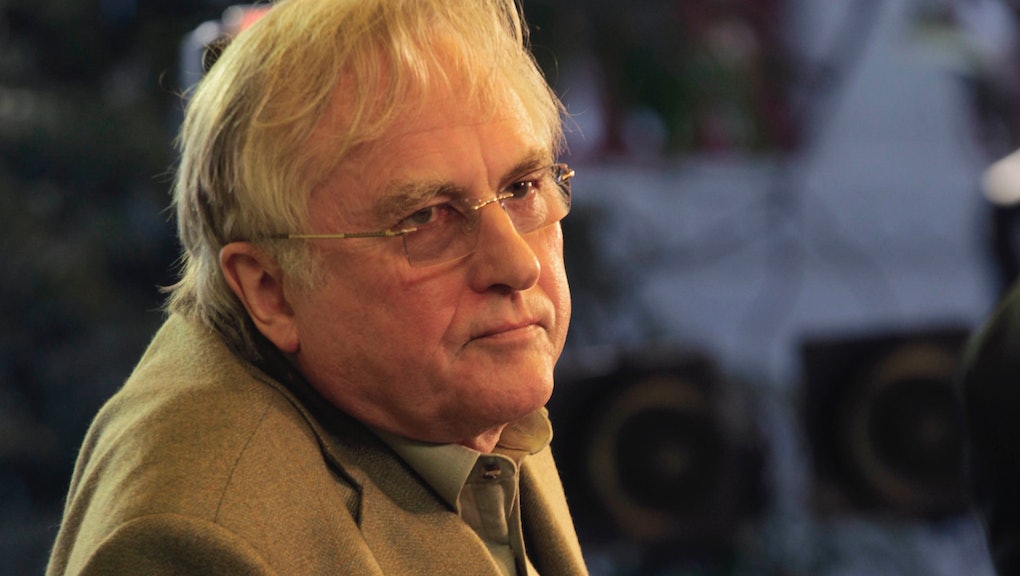 Eric Fromm Has a Shocking Surprise For His NCU Classmates

On Wednesday, an article in Eugene, Oregon's the Register-Guard likely left new atheists across America bewildered and chagrined. The piece, titled "Northwest Christian University's Student Body President Comes Out As Atheist," initially inspired smug satisfaction among acolytes of Richard Dawkins, Sam Harris, Christopher Hitchens, and Daniel Dennett, as new atheists celebrated the profound irony inherent in the title, and its reaffirmation of their beliefs.

At the end of October, Fromm came out as an atheist in the Beacon Bolt, a student publication at Northwest Christian University. Although Fromm was baptized Lutheran, raised Methodist, and opted to attend a university that was founded as a divinity school, he described himself as having reservations even before his enrollment. Fromm wrote that he "visited the campus to make sure that the chapel services were comfortable enough … No one was speaking in tongues or handling snakes, so I decided to stay."

Unfortunately, Fromm found himself struggling to square his peers' faith with his growing skepticism. He decided to come out as an atheist in response to other students' suspicions and alienation of him, saying "The more I got shunned, the more cold shoulders and verbal attacks, I realized, 'OK, I'm part of the 'out group.'"

Even though he faced antipathy from some of his peers, Fromm has been quick to highlight the support he's received since coming out and to differentiate his atheism from antitheism. He told the Register-Guard that, "My objective is never to attack any religion or any type of person for being who they are … What I really want to focus on is what I'm doing here, and what it's going to change."

In standing up for his personal beliefs but declining to ascribe to popular strands of militant atheism, Fromm appears to have taken a cue from his near namesake, the German humanist and social psychologist Erich Fromm. The latter once wrote that, "Freedom and the capacity for disobedience are inseparable; hence any social, political, and religious system that proclaims freedom, yet stamps out disobedience, cannot speak the truth." After all, one of the most liberating things about being an unbeliever is the freedom from blind adherence to doctrine — whether that doctrine is religious or not.