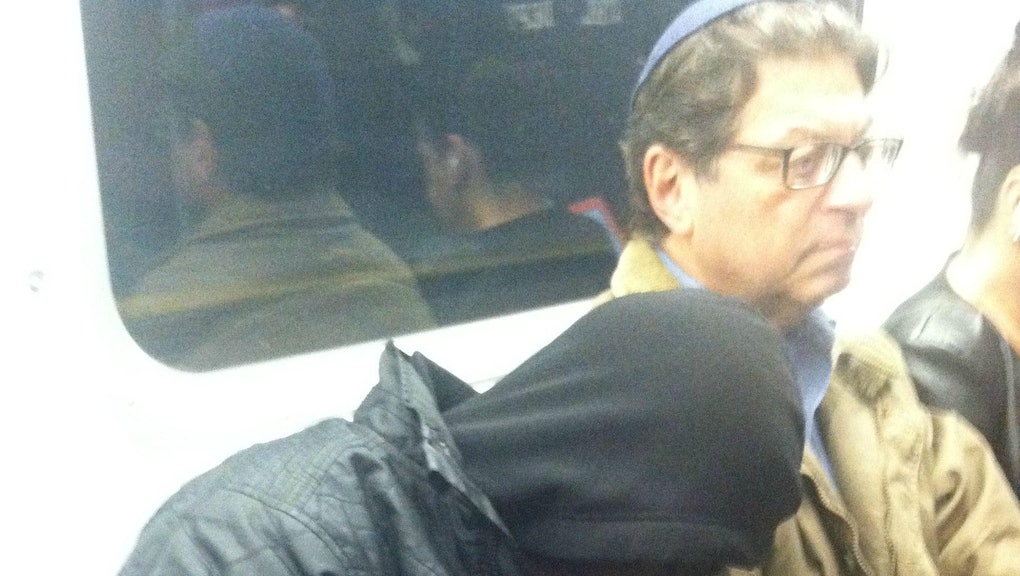 A photo of a gentleman slumbering on another man's shoulder in the New York City subway has gone viral since Reddit user braffination posted it to the internet last week. Beleaguered and exhausted individuals around the world stared at the photo, gape-jawed, as they tried to reconcile their terrifying, kill-or-be-killed, every-man-for-himself attitudes with what they were seeing before them. They reported that looking at the photo made them feel almost as if society hadn't fallen years ago.

The shocking photo was accompanied by an equally stunning revelation. Braffination claims that when he asked the alert passenger and temporary body pillow if the slumbering straphanger should be woken, the former replied, "He must have had a long day. Let him sleep. We've all been there, right?"

That message and simple act of kindness have become a source of inspiration, as such compassion is hard to find in the Mad Max-like postapocalyptic hellscape in which we all reside. On our cruel planet gone out of control, where rogue mercenaries and Baseball Furies roam the streets, unapologetically trampling flower beds and urinating on sad-eyed puppies, it's rare to find the kind of empathy embodied by the passenger's powerful act.

It's time for us to become the change we want to see in this sadistic, smoldering, pockmarked, and mutant-corpse-filled world. Now that the striking image has come to light, every New Yorker should all take a moment out of their day to perform similar benevolences, whether it's helping a neighbor fend off C.H.U.D.s with a pitchfork, giving a criminal full of microscopic explosives a lift, rescuing a friend from the underground river of slime that's fuelling the city's hostilities, taking a swing at the alien slave wranglers who burst into a local bar, or holding a door for the person behind them. After all, given how taken aback we are by empathy these days, things must be getting pretty bad out there.