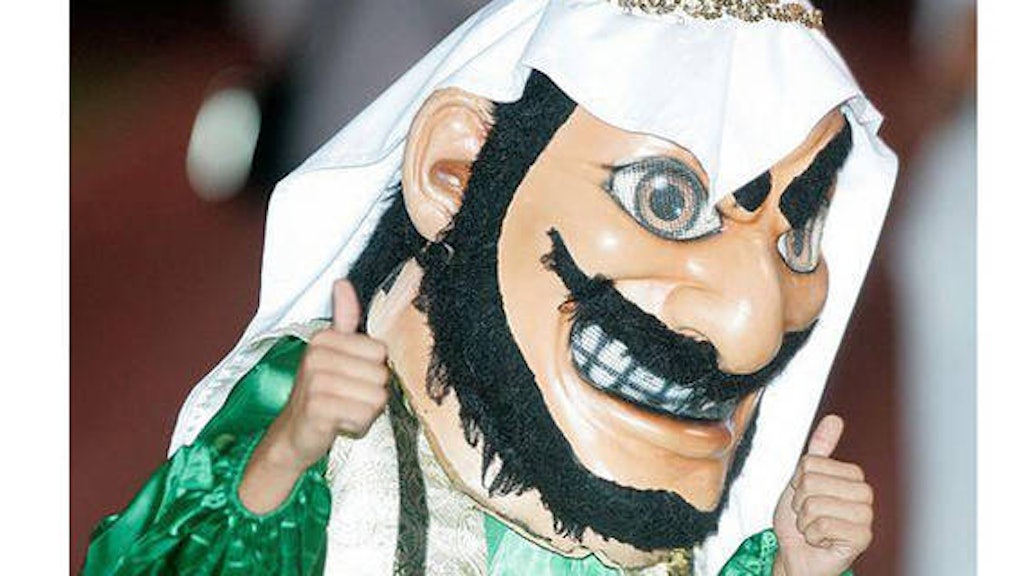 The Coachella Valley Unified School District was asked Friday by an anti-discrimination committee to get rid of their offensive mascot. "The Arab" is exactly what it sounds like: a caricature of a bearded man of Middle Eastern descent wearing a headscarf and sporting a golden tooth. It has been Coachella Valley High School's mascot since the 1920s, and the Alumni Association claims it had been chosen to symbolize the area's reliance on date farming, which is traditionally a Middle Eastern crop.

The American-Arab Anti-Discrimination Committee said that the mascot promotes negative "orientalist stereotyping," and one can understand why. Many Coachella students and alumni do not, however, seem keen to change what they perceive to be part of the school's cultural heritage. In particular, it was pointed out that other schools have equally offensive mascots like the Rajah or the Aztec. Adrian Martinez, a student at Coachella High, has expressed doubts about the timing of this controversy: "Why be offended now?"

That's a good question. After all, isn't a school mascot something you wear with pride? And since the current "Arab" pretty much looks like Wario and Osama bin Laden's love child raised by Muslim pirates on steroids, it does make a pretty badass mascot.

But timing might indeed be the issue here. Over the past decade, anti-Arab stereotypes have intensified, leading to an increasing polarization of the Arab culture. From Jeff Dunham's Achmed the Dead Terrorist to people beating up a Bangladeshi man half to death in the Bronx because he was a "Fuckin' Arab," Western perception of the Arab world has deteriorated immensely since 2001. Arabs have to a large extent replaced Russians as the new villains not only in movies and TV shows, but also in the collective imagination. The other day, I saw someone in my news feed claiming that "Allahu Akbar" was a terrorist battle cry. And I'm sure that many others believe the same thing. The proliferation of war and religion-fueled conflict coverage in the media has of course done very little to counter this trend.

Many Arabs are being ostracized as a result of these spreading stereotypes. Knowledge is the key to tolerance, and we must first learn about other cultures if we are to accept them. Maybe school would be a good place to start.